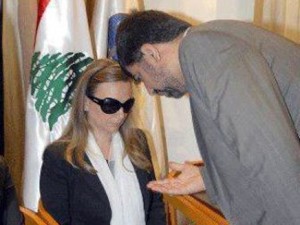 The widow of slain intelligence chief Wissam al-Hassan refused to shake hands with Iranian ambassador to Lebanon when she was receiving condolences in Tripoli for the assassination of her husband.

Local media quoted a member of the anti -Syrian March 14th Coalition saying: “Even if you kiss her feet she will not forgive you. It is shameful that these characters kill people and then have the gall to show up at the funeral.”

Wissam Al-Hassan, 47, who was a strong opponent of Syria, was killed in a massive car bomb on October 19th. Iran’s allies Syria and Hezbollah were blamed for the assassination