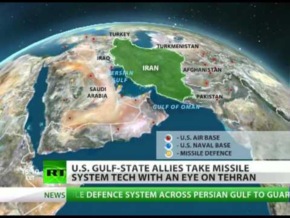 The United States and its Gulf partners are looking to deepen cooperation on missile defense as tensions rise with Iran, and announcements could come soon on new purchases, U.S. officials said on Friday.

“Our aim is to help our Gulf partners with their defense needs … there is a missile threat that they face, we want to help them face that threat as best they can,” one senior U.S. official said, previewing the meeting for reporters.

The official declined to provide specifics on the plans with the GCC, a political and economic alliance linking Saudi Arabia, Kuwait, the United Arab Emirates, Qatar, Bahrain and Oman.

But Lockheed Martin Corp, the Pentagon’s top supplier by sales, received an initial $1.96 billion contract in December for two of its Terminal High-Altitude Area Defense (THAAD) weapon systems for the United Arab Emirates, the first foreign sale of the system.

Friday’s talks reflect the increased tempo of U.S. efforts to put pressure on Tehran, which the United States and its allies say is seeking nuclear weapons capability under the cover of a civil program. Iran denies this, but has been hit with a series of international sanctions over its nuclear work.

The United States has been working with Gulf states on a bilateral basis, not as a group, to boost the range of radar coverage and related capabilities across the Gulf for the earliest possible defense against any missiles fired by Iran.

The Pentagon said Defense Secretary Leon Panetta, who had planned to attend Friday’s meeting along with White House Security Adviser Tom Donilon, was unable to make it due to bad weather in New York.

U.S. officials said the ultimate goal is a regional shield that can be coordinated with U.S. systems – parallel with Washington’s drive to expand missile defense to protect NATO’s European territory against ballistic missiles that could be fired by Iran.

The officials said expanded security cooperation with the Gulf is already bearing fruit and pointed to recent joint anti-mining exercises by the navies of 12 countries.

Iran has threatened to target U.S. interests in the Gulf, including military bases, and to block vital oil tanker routes in the Strait of Hormuz if it is attacked.

Plans for a joint missile shield in the Gulf have been on the table for some time, but progress has been slow due to unease among some GCC members about sharing data and where such a system would be commanded.

Individual Gulf states have acquired some advanced defense systems, including the latest versions of the Patriot Air and Missile Defense System. The United Arab Emirates has spent billions of dollars in recent years to protect its cities and oil infrastructure from missile attack.