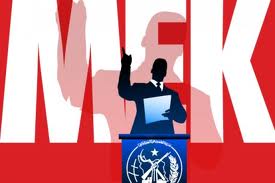 The United States has decided to remove the Iranian dissident group Mujahadin-e Khalq (MEK) from its list of terrorist organizations, U.S. officials said on Friday, handing a political victory to a group once sheltered by Iraqi leader Saddam Hussein that claims to have abandoned its violent past.

The officials said U.S. Secretary of State Hillary Clinton had made the decision to remove MEK from the list, and that it was expected to be formally announced in coming days.