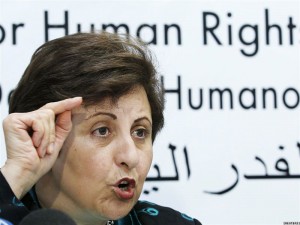 Thirty-six universities across Iran have banned women from 77 different majors, including accounting, counseling, and engineering, for the school year that begins on Saturday, Iran’s Mehr news agency reported in August.

There was no official reason given for the move, but Iranian officials have expressed alarm in recent months about the country’s declining birth and marriage rates, seen as partially caused by women’s rising educational attainment in the last two decades.

In a statement released on Saturday, Human Rights Watch urged the Iranian government to immediately reverse the more restrictive policies, and said they were a violation of the international right to education for everyone without discrimination.

“As university students across Iran prepare to start the new academic year, they face serious setbacks, and women students in particular will no longer be able to pursue the education and careers of their choice,” said Liesl Gerntholtz, women’s rights director at Human Rights Watch.

Women in Iran make up a majority of college students. Sixty percent of those who passed this year’s national college entrance exam were women, said Hossein Tavakoli, an official at Iran’s National Education Assessment Organization (NEAO), according to Iran’s state news agency IRNA.

Iranian Nobel Peace Laureate Shirin Ebadi argued in a letter to the United Nations in August that the closure of certain academic fields to women was part of a push by the Iranian government to stifle “women’s presence in the public arena”.

Human Rights Watch said some of the banned majors include high-paying fields where women have had a greater presence in recent years, like engineering and applied science, while other restrictions did not seem to follow a pattern and were arbitrary.

In a statement released in late August, the NEAO criticised news coverage of the restrictions, saying they were taken out of context.

“The overwhelming majority of universities and centres of higher education accept women and men in all fields,” the NEAO statement said.

Top picture : Iranian Nobel Peace Laureate Shirin Ebadi . She argued in a letter to the United Nations in August that the closure of certain academic fields to women was part of a push by the Iranian government to stifle “women’s presence in the public arena”.