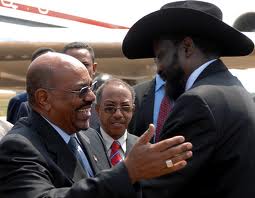 The presidents of South Sudan and Sudan meet Sunday in Ethiopia’s capital, Addis Ababa, in an attempt to resolve differences that have widened since South Sudan gained independence last year.

The planned meeting between Sudan President Omar al-Bashir and South Sudan’s Salva Kiir comes a day after a U.N. deadline to work out their issues expired.

Both countries face international sanctions if they fail to reach agreements on issues of their border, security and oil-related commerce. South Sudan gained most of the oil supply upon independence, while Sudan has control of the facilities needed to transport the oil.

Sudan ended decades of civil strife with the signing of a 2005 peace agreement between the north and the south. However, since South Sudan gained independence 14 months ago, the two countries have continued to clash over unresolved issues.