Soldiers were checking on communications terminals at Fordow when they discovered a rock, according to the report. When the soldiers attempted to move the rock, it exploded, presumably self-destructing.

The device was reportedly capable of intercepting data from computers in Fordow. The Iranians did not report the discovery, according to the Times. 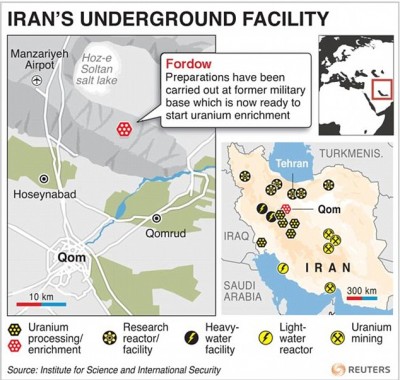 Iran uses the Fordow facility to enrich uranium to a fissile concentration of 20 percent, the part of its work that most worries the West as it takes it significantly closer to the 90 percent level needed for bombs. It built the site some 80 meters below rock and soil to better protect it against enemy strikes.