The Sabra-Shatila Massacre—it seems like a dozen weeks, not 30 years ago. This year, American citizens received messages to stay away from Beirut and the annual commemoration of the Israeli facilitated massacre at Sabra-Shatila from their State Department and Beirut Embassy. The latter’s staff on September 19 completed destroying sensitive documents and packing all non-essential items.  The French government, too, told its citizens not to come to Beirut or participate in “mass gatherings because of concerns over sudden random violence”.

But they came.  Despite the well-meaning admonitions from their governments, they came in numbers greater than ever before. They came to bear witness with the survivors and their families to the horror of this crime against Palestinians and to plead for justice.

One elderly lady from Haifa, Palestine, said bitterly, as foreign delegations paid their respects at Shatila’s Martyr’s cemetery, “At least God is punishing Sharon!”  She was referring to the coma the architect of the massacre went into six years ago, who is being sustained in a vegetative mass at the cost of $400,000 annually, partly paid for by American taxpayers.  She lamented that not one person has ever been arrested, tried, or convicted, and Israel has refused to open its file on the events surrounding the slaughter. Nor has the American government ever demanded that Israel do so. The Lebanese government has never even investigated the massacre as a crime.

Authors, photo-chroniclers, and historians of the 1982 massacre, Mya Shone and Ralph Schoenman, replied to a recent New York Times article on the massacre by reminding us this week that “Ha’aretz recounted on September 26, 1982 the high level planning that preceded the invasion in service to ‘the long term objective aimed at the expulsion of the whole Palestinian population of Lebanon beginning with Beirut.’”  Shone and Schoenman remind us that the London Sunday Times reported on the same day: “This carefully pre-planned military operation (to send Israeli selected militia into Shatila while the IDF sealed the camp to prevent possible escape) to ‘purge’ the camps was called Moah Barzel (Iron Brain); the plan was familiar to Sharon and Begin and was part of Sharon’s larger plan discussed by the Israeli cabinet on July 17.”

Each year, local or regional events impact the annual Shatila commemoration events differently. This year, during some of the five days of events that took foreign visitors to Palestinian camps—including Shatila and Mar Elias camps in Beirut, Burj Shemali and Al-Buss camps in the south, and up north to Nahr al Bared (Cold River), which was destroyed by the Lebanese army in 2007 during the Fateh al Islam events—there were discussions at meetings and on the buses of the arrival back into Shatila camp and the other 11 camps of approximately 10,000 Palestinian refugees from Syria. They are being received as honored guests by fellow Palestinians but they urgently need help. 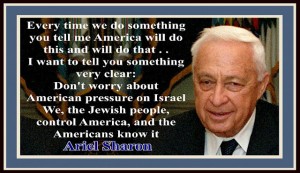 Arriving refugees tell of how there are some splits in their community over the Syrian chaos, the same as in the Shia, Sunni, Christian, and Druze communities. The Popular Front for the Liberation of Palestine-General Command (PFLP-GC), which was ejected five weeks ago from Yarmouk camp by other Palestinians,  is claiming that Palestinians who do not endorse President Assad 100 percent are with Al Qaeda and the FSA (Free Syrian Army).  On the other hand, the FSA claim that Palestinians who refuse to join them are with Ahmad Jabril, the PFLP-GC leader. Yamouk camp residents pay the price from both sides. Most Palestinians want nothing to do with the politics of the Syrian crisis but only to live in peace.

Most of those who were recently forced out of Yarmouk camp in Damascus and back into Shatila had never visited the locus of the slaughter they miraculously survived 30 years ago. Some expressed deep emotions on returning and observing parts of the camp that remain much the same as they were following the nearly 50 hours of butchery between September 16-18, 1982.

One gentleman from Yarmouk camp,  a Christian, who in 1976 was driven out of Tel A Zaatar Palestinian camp as it was destroyed by Christian militia, and who was living in Shatila at the time of the 1982 massacre, expressed his shock of how the current residents are living at such low heath, nutrition, and social-economic standards.  He expressed surprise to a visiting American delegation at finding no right to work or ability to own a home. Both of which, he explained, plus many more rights are enjoyed by Palestinian refugees in Syria. All the Palestinian refugees arriving from Syria, who were interviewed by this observer, found conditions in Shatila to be much worse today than at the time of the massacre, 30 years ago.

Most of the Palestinians arriving from Syria are temporarily staying with friends or relatives in Lebanon’s 12 camps. 500 families are temporarily lodged in Saida, 30 miles south of Beirut, with 350 families sardine-canned in Ein el Helwe camp, already extremely densely populated with approximately 20,000 refugees. Roughly 500 Palestinian families, refugees once more, are housed temporarily in the Bekaa valley bordering Syria, including 250 families staying at Jilil (Wavell) camp. Scores or other Syrian Palestinian refugees are being housed in Bedawi camp near Tripoli. A major problem in all the camps is that the severe overcrowding and limited water and electricity are creating extended family tensions.

To date not much organized aid has been distributed.  UNWRA is still in the process of making lists of the arriving refugees from Syria, reminding one of the time it took for that UN agency to access the needs of the Nahr al Bared displaced refugees in 2007. The UNCHR, the United Nations Refugee Agency, whose mandate does not include Palestinians, is also studying the problem.

But the need for aid is now and urgent. Meeting with individuals on September 20 from the Palestinian camp committees and the local and international NGO community, three urgent needs were identified facing the refugees from Syria, whose numbers swell following each Palestinian killed in Syria.  On September 19, 18 more Palestinians were killed and so the numbers coming to Lebanon will swell over the next few days.

Among the three most urgent problems facing the arriving Palestinians from Syria are Social problems ranging from finding places to live, food, education and preventing youth from joining local Lebanese militia who offer $100 per day to Palestinian youth to work as hired guns. A few do fight on both sides of the Syrian conflict while their mothers and fathers are urging them to ‘stay off the streets.”

UNWRA has the capacity to help with elementary and secondary schooling in its 52 schools in Lebanon. Hoda al Turki, the hard working spokesperson for UNWRA in Lebanon has been worried about the difference in curriculum in UNWRA schools in Lebanon and Syria schools where Palestinians are educated. UNWRA does not operate schools in Syria. But the afternoon of September 20, a solution was announced and a curriculum has been agreed on. One of the problems was that Syrian schools teach the Nakba and Palestinian history but UNWRA schools are forbidden to teach anything about Palestine lest its funding be cut by the US government under pressure from the Zionist lobby.

So far the medical needs of the arriving refugees are being met at UNWRA facilities.

Some are proposing housing the refugees in schools, as was done following the Nahr al Bared fighting, but the schools are needed for classes.

One very important Lebanese governmental humanitarian gesture was announced on September 20, and it is that Lebanese General Security, in charge of visa and immigration matters, has waived all fees for arriving and departing Palestinian refugees.  Permission to remain, previously granted for only 7 days, will be granted indefinitely without Kafkaesque applications and interview processes. This is a major boon for the refugees since they have been ruthlessly exploited on both sides of Maznaa Lebanon-Syria border crossing, with demands for bribes and per head “transit fees” which quickly stripped many families of the limited cash they had.

One example: While trying to cross into Lebanon two weeks ago, Um Ahmad was confronted by a security guard who barked:  “if there is no phone number in Lebanon you need to go back to where you came from in Syria”. She replied to the security officer, “Sir, you should show us some mercy please.  You know that we are running away from war, we are not here on a vacation.”  He replied coldly: “no phone number, no entry!” A request for a bribe was delivered.

The government of Lebanon deserves praise for its humanitarian action. Hopefully the Syrian government will follow suit and facilitate the departure and hopeful return of Palestinian refugees.

The main economic problem is that the arriving refugees, like all Palestinians in Lebanon will not be allowed to work.

The third problem is with security issues.  Lebanon has announced that it cannot absorb more refugees. Yet the figure of 10,000 more expected Palestinians may easily double. For Palestinians who have been in Lebanon since 1948, many are reaching their limits of tolerance of the conditions they are forced to live in without elementary civil rights.

There is general agreement here that while ‘photo-op’ one time NGO aid distributions help and are much appreciated, the way they tend to be unorganized so far is resulting in refugee families being herded like cattle from place to place to receive various forms of limited aid and they are being stripped of their dignity.  Sometimes refugees are forced to sit in the sun until the TV crews arranged by the donors arrive to film this “act of charity in solidarity with the Palestinian people.”

To its credit, Hezbollah has been helping some. The Syrian refugees whether Sunni, Christian or Druze have received some aid from a center near Saida.  Hezbollah Social Work Committee member Alhaji Mohammed al-Haj said Hezbollah was assisting our “Syrian brothers as part of the duty to return the favor for what they did for us in the July war and out of a moral and national obligation of the resistance.”

What is required without further delay is for an urgent stakeholders meeting to be convened. Including the PLO factions, local and international NGO’s,  Donors, the Palestine Red Crescent Society, UNRWA, EU and UN groups as well as local political parties in order quickly produce an executable plan  avoiding duplications, to address these needs.

Shatila camp residents, on this 30th anniversary of one of their darkest hours, are planning to lead this call with a unified, strong, sustained Palestinian voice to help their sisters and brothers from Syria.