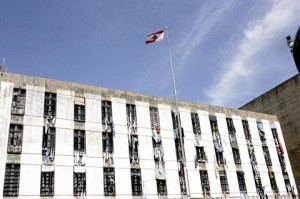 15 arrested members from al-Mekdad clan including Maher and Hassan Mekdad were transferred on Saturday to Roumieh prison, according to LBC

They were all arrested after they were accused of setting up armed organizations to carry out terrorist attacks, kidnapping, intimidating people by force of arms as well as threatening military personnel and for possession of illegal arms

Military Tribunal Judge Imad al-Zein issued arrest warrants on Friday, against Maher and Hassan and another Lebanese man, Tarek Sultan, after being charged with forming an armed group. The arrest warrants were issued after State Commissioner to the Military Court Judge Saqr Saqr charged on Thursday the three men with forming an armed group to carry out terrorist activities.