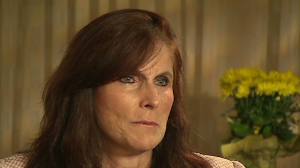 Some time in the summer, a small theater in Los Angeles screened a movie to which hardly anyone came.

It was a clunky film filled with scenes in a desert and in tents. The characters were cartoonish; the dialogue gauche.

The actors who’d responded to a July 2011 casting call thought they were making an adventure film set 2,000 years ago called “Desert Warrior.” That’s how Backstage magazine and other acting publications described it.

The American-made movie, it turns out, was hardly an innocent desert action flick.

Instead, the movie, backed by hardcore anti-Islam groups in the United States, is a tome on Islam as fraud. In trailers posted on YouTube in July, viewers saw this: scene after scene of the Prophet Mohammed portrayed as a womanizer, buffoon, ruthless killer and child molester.

Islam forbids all depictions of Mohammed, let alone insulting ones.

The Muslim world erupted in rage.

As outrage spread, the film’s origins still remained murky. Whose idea was it? Who financed it?

At the heart of the mystery was the filmmaker himself, a man identified in the casting call as Sam Bassiel, on the call sheet as Sam Bassil and reported at first by news outlets as Sam Bacile.

But federal officials consider that man to be Nakoula Basseley Nakoula, who was convicted in 2009 of bank fraud.

The FBI contacted the filmmaker because of the potential for threats, a federal law enforcement official told CNN Thursday. But he is not under investigation.

When news of his movie first broke, the filmmaker identified himself as Sam Bacile and told the Wall Street Journal that he was a 52-year-old Israeli-American real estate developer from California. He said Jewish donors had financed his film.

But Israel’s Foreign Ministry said there was no record of a Sam Bacile with Israeli citizenship.

“This guy is totally anonymous. At this point, no one can confirm he holds Israeli citizenship, and even if he did we are not involved,” ministry spokesman Yigal Palmor said.

A search by CNN of public records related to Bacile came up empty. A search of entertainment records turned up no previous mention of a Sam Bacile, and the directors and writers guilds had no listing for him.

CNN has not been able to speak with the filmmaker.

A production staff member who worked on the film in its initial stages told CNN that an entirely different name was filed on the paperwork for the Screen Actors Guild: Abenob Nakoula Bassely. A public records search showed an Abanob B. Nakoula residing at the same address as Nakoula Basseley Nakoula.

He believed the filmmaker was a Coptic Christian and when the two spoke on the phone during production, the filmmaker said he was in Alexandria, Egypt, raising money for the film. There has been a long history of animosity between Muslims and the minority Copts in Egypt.

Another staffer who worked on the film said he knew the producer as Sam Bassil. That’s how he signed a personal check to pay staff.

The staffer said he was “99% positive” that Sam Bassil was not Jewish. He had quite a few religious pieces in his house, including images of the Madonna.

He was married with two children — the daughter helped during production and even brought in lunch on a few occasions, the staffer said.

Neither staffer wanted to be identified for security reasons.

When CNN inquired about Sam Bassil, the U.S. attorney’s office sent a copy of a 2009 indictment. Those court documents showed the bank fraud conviction for Nakoula Basseley Nakoula.

In his interview with the Wall Street Journal, the filmmaker characterized his movie, now called “Innocence of Muslims,” as “a political effort to call attention to the hypocrisies of Islam.”

“Islam is a cancer,” he said. “The movie is a political movie. It’s not a religious movie.”

Cindy Garcia, an actress in the film, told CNN that the original script did not include a Prophet Mohammed character. She said she and other actors complained that their lines had been changed.

She said she spoke Wednesday with the producer.

“He said he wrote the script because he wants the Muslims to quit killing,” Garcia said. “I had no idea he was doing all this.”

Garcia described the movie’s repercussions as a “nightmare,” given the outrage and deaths, and she regretted having a role. She said she was angry and hurt by the lies.

The 79 other cast and crew members said they were “grossly misled” about the film’s intent.

“The entire cast and crew are extremely upset and feel taken advantage of by the producer,” they said in a statement.

They said they were “shocked by the drastic rewrites of the script and lies that were told to all involved. We are deeply saddened by the tragedies that have occurred.”

Garcia said that the character of Mohammed in the movie was named George when it was shot, and that after production wrapped she returned and read other lines that may have been dubbed into the piece.

A member of the production staff who worked on the film and has a copy of the original script corroborated the woman’s account. There was no mention of Mohammed or Islam, the crew member said.

The filmmaker told the Wall Street Journal Jewish donors contributed $5 million to make the film. Based on the trailer, however, the amateurish movie appears to have been produced on a low budget.

Anti-Muslim activist Steve Klein, who said he was a script consultant for the movie, said the filmmaker told him his idea was to make a film that would reveal “facts, evidence and proof” about the Prophet Mohammed to people he perceived as radical Muslims.

Klein said the movie was called “Innocence of Bin Laden.”

“Our intent was to reach out to the small minority of very dangerous people in California and try to shock them into understanding how dangerous Islam is,” Klein said.

“We knew that it was going to cause some friction, if anybody paid attention to it,” he said.

But when Klein went to the screening in the Los Angeles theater, no one was there.

But a while later, the trailers were online. They were segments focusing on the Prophet Mohammed and posted under the title, “Innocence of Mohammed.”

And the fury erupted.

Klein told CNN Wednesday that the filmmaker, whom he called Sam Bacile, was in hiding.

“He’s very depressed, and he’s upset,” Klein said. “I talked to him this morning, and he said that he was very concerned for what happened to the ambassador.”

The Atlantic later quoted Klein as saying that Sam Bacile was a pseudonym. He said he did not know Bacile’s real name.

Klein is known in Southern California for his vocal opposition to the construction of a mosque in Temecula, southeast of Los Angeles, in 2010. He heads up Concerned Citizens for the First Amendment, a group that contends Islam is a threat to American freedom.

On Thursday, a Los Angeles County official denied a CNN’s request to view a copy of the film permit filed for the production of “Innocence of Muslims.”

“While these permits are typically made available to the public, online, this particular permit has been temporarily removed at the specific request of Federal authorities, who have cited public safety concerns,” county Assistant Chief Executive Officer Ryan J. Alsop told CNN in an e-mail.

Alsop later revised his statement to say that the permit “is not being made available to the public at this time due to public safety concerns raised by the U.S. State Department and the Federal Bureau of Investigations. The Federal government has not issued an official request to the County of Los Angeles to remove the permit.”

A permit is required when filming is done outside of a certified soundstage or studio backlot, which could involve cameras in public spaces, according to Film L.A. Inc., the private nonprofit group set up by the city and county of Los Angeles to process film permits.

The FBI and U.S. Department of Homeland Security issued a joint intelligence bulletin about how the film poses “security concerns to U.S. interests at home and abroad,” according to the bulletin obtained by CNN.

“Although there has been no violent reaction to the film in the Homeland thus far, the risk of violence could increase both at home and abroad as the film continues to gain attention. Additionally, we judge that violent extremist groups in the United States could exploit anger over the film to advance their recruitment efforts,” the bulletin says.

The movie got even more notice after it was promoted by anti-Islam activists, including Egyptian-born Coptic Christian Morris Sadek and Terry Jones, the Florida pastor whose Quran-burning last year sparked deadly riots in Afghanistan.

Jones said he had been contacted to help distribute the film.

“The film is not intended to insult the Muslim community, but it is intended to reveal truths about Mohammed that are possibly not widely known,” Jones said in a statement.

“It is very clear that God did not influence him (Mohammed) in the writings of the Quran,” said Jones, who went on to blame Muslims’ fear of criticism for the protests, rather than the film.

Gen. Martin Dempsey, chairman of the Joint Chiefs of Staff, called Jones to ask him to withdraw his support for the film, said Col. David Lapan, Dempsey’s spokesman.

That fear mounted as anger raged in the Muslim world and especially as Friday, Islam’s day of religious observance, fast approached.