Gemayel: We must not pour oil on fire and scare the people 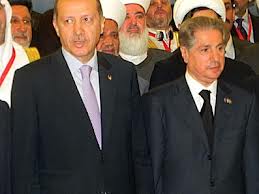 Former Lebanese president and current leader of the Phalange party Amine Gemayel announced on Saturday that at this stage, the country’s religious leaders are its “safety net” and are not involved in the local political game that is full of contradictions, disputes and tensions.

Gemayel called on all religious leaders to preserve national unity and coexistence and to stress the importance of dialogue between all parties.

Over fears of a possible strife in Lebanon, Gemayel said, following his meeting with Mufti of the Republic Rashid Qabbani in Istanbul: “We must not pour oil on fire and frighten the people; as Lebanese, we went through difficult times and overcame many obstacles; this concern is unjustifiable. We should be cautious and spare no effort to protect this country”.

Mufti Qabbani responded by saying that Lebanese citizens and their political leaders must live consensually, especially amid the status quo, to avoid strife.