The head of the main Syrian opposition group called Tuesday for a massive aid program to help rebuild his country, if and when the regime of President Bashar Assad falls, and warned that a lack of economic development would open the door to extremism.

Abdelbaset Sieda, the head of the Syrian National Council, told a meeting of Syrian opposition representatives and diplomats, that a program similar to the post-World War II European reconstruction effort, commonly known as the Marshall Plan, would be needed in the event of the fall of the Assad regime.

He said Assad’s regime has devastated the public finances and institutions to such an extent that Syria won’t be able to rely immediately on oil revenues and taxes in any rebuilding effort.

The gathering of a working group on economic rebuilding, which Germany chairs jointly with the United Arab Emirates, is designed to address how to prevent basic services and infrastructure collapsing, and how to revive the economy in a post-Assad Syria.

“In the aftermath of the destruction … we are convinced Syria needs a Marshall-style plan to ensure it stands again on solid financial and economic ground,” Sieda said in Berlin.

“Without real comprehensive development we will open up the opportunity for the growth of all kinds of extremism in the region,” he said.

Unlike neighboring Iraq, Syria lacks vast oil reserves that could kick-start the economy and help finance the reconstruction of infrastructure damaged in the fighting.

Syria used to produce about 380,000 barrels of oil a day, of which 250,000 were for local consumption and 130,000 for exports. By comparison, oil giant Saudi Arabia produces about 10 million barrels a day.

The meeting’s host, German Foreign Minister Guido Westerwelle, said economic recovery and a successful political transition must go hand in hand, and called on the international community to be ready to provide economic support.

But he stressed the importance of overcoming another problem: the divisions within Syria’s opposition.

“The people in Syria must see that there is a credible alternative to the regime of Bashar Assad,” he said. He called on the opposition “to create as fast as possible the conditions for … a transition government.”

However, he stopped short of French President Francois Hollande’s call last week for the Syrian opposition to form a provisional government now.

Diplomatic efforts to solve the seemingly intractable conflict in Syria have failed so far, but western nations say that preparations need to be made for a post-Assad future. 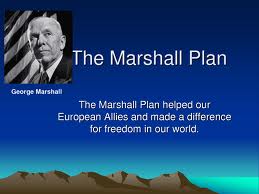 “There can be no doubt, the days of the regime are numbered: it has lost all legitimacy to represent the Syrian people, it is crumbling from inside,” Westerwelle said. “On the international level it is increasingly isolated; the overwhelming majority of countries reject the massive violation of human rights; there is no future for Bashar Assad in a new Syria.”

“The international community must be prepared to assist swiftly when the time comes,” he told delegates.

Violence in Syria has been escalating in recent weeks and the Syrian Observatory for Human Rights and the Local Coordination Committees have raised their total death toll to between 23,000 and 26,000.

Activists say some 5,000 people were killed in August, the highest toll in the 17-month-old uprising and more than three times the monthly average. The U.N. children’s agency says 1,600 were killed last week alone, also the highest figure for the entire revolt.

The rise in people seeking asylum in neighboring countries brings the total of Syrian refugees registered or awaiting registration with the agency to 234,368 as of Sept, 2, spokeswoman Melissa Fleming said in Geneva.