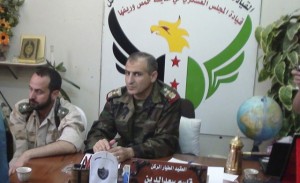 In what was described as a new internal charter, read out by a rebel commander in a video posted on the Internet, the organization also forbade its members from belonging to political or religious factions and committed them to refraining from engaging in politics in a post-Assad state.

U.N. investigators said in a report last week that rebels had committed war crimes, including executions, in Syria, albeit on a smaller scale than those by the army and security forces.

Saadeldin, reading from the charter, also said: “Members of the Free Syrian Army are forbidden from belonging to any political or religious party and from interfering in the political process after the Assad regime is brought down.”

Assad’s opponents say they want to build a representative democracy. Many are concerned that religious sectarianism and rival radical agendas could condemn Syria to continued crisis even if they succeed in ousting the Assad administration.