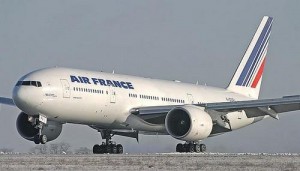 French Foreign Minister Laurent Fabius on Monday criticized Air France for putting the 174 passengers of a Paris-Beirut flight in harm’s way when the plane landed at Damascus airport to refuel last week.

Mr. Fabius, who returned recently from a trip to Lebanon, Turkey and Jordan, has asked the airline to provide details of the flight.

“Landing in Damascus was a security risk for the people on board,” Mr. Fabius said in an interview with French radio RTL. “In the plane, there were people from Lebanon who are wanted by the Syrian regime.” Mr. Fabius didn’t name the passengers in question.

An Air France spokeswoman declined to comment on Mr. Fabius’s remarks or on the passengers’ identities, apart from confirming that France’s ambassador to Lebanon Patrice Paoli was among them.

Air France, a unit of Air France-KLM, rerouted Flight 562 on Wednesday because of clashes on the road between the airport and downtown Beirut. The airline initially decided to divert the plane to Amman, Jordan, its normal diversion airport if Beirut is unavailable. However, the plane couldn’t fly directly there due to overflight restrictions, the Air France spokeswoman said, and the longer route meant that it didn’t have enough fuel to get there with a proper margin of safety. The crew then decided to land the plane in Damascus to refuel.

“Under these circumstances, I know decisions are difficult to make in a conflict situation, but I think you’ll agree that the decision to land in Damascus wasn’t the most pertinent one to make, and I’m being diplomatic,” Mr. Fabius said.

The minister was quoted in an article in Le Parisien newspaper over the weekend as saying: “Imagine just for one second that the Syrian authorities had searched the aircraft and checked the identities (of the passengers).” “It was a foolish mistake,” he said, and the decision of Air France was “incomprehensible and dangerous.”

A spokeswoman for Air France said the airline had been in permanent contact during the incident with the French Foreign Ministry’s crisis room.

Paris is home to a large number of Syrian opposition members. Ahmad Kamel, a spokesman for the Syrian National Council, said he couldn’t tell whether anybody from the organization was on the plane, but he said Syrian citizens were on board. “Some Lebanese citizens in the plane could have been in trouble,” he said.

Air France stopped flying to Damascus at the beginning of March because of the worsening security situation in Syria, and France, a leading proponent of tougher sanctions on Syrian leader Bashar al-Assad, has recalled its ambassador and no longer has any diplomatic presence there. 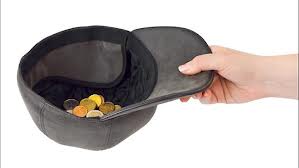 In another twist, Air France initially asked passengers on board the flight to check to see if they had money in case it was needed to pay for the fuel. Because Air France had no way to handle payment in Damascus, the crew passed among the passengers to ask if they could advance the cash to pay for the fuel, the airline said. In the end, Air France found another solution, the spokeswoman said, but declined to elaborate.

“We don’t have a structure in Damascus that allows us to handle incoming flights,” she said, and the airport authority required payment in cash. “We don’t have any cash reserves there, and the pilot didn’t have a satchel full of cash in his cockpit.”

Airline crews are allowed to ask passengers for cash under extreme circumstances under Article L65 22-4 of the French Civil Aviation Code.

After refueling, the plane took off for Larnaca, Cyprus, where the passengers and crew were given food and accommodation for the night. The plane was able to continue to its initial destination Thursday afternoon after calm returned to the area around the airport road.