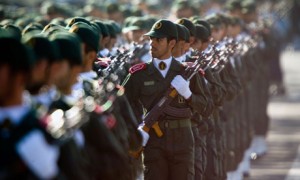 All the individuals are pilgrims who sought to visit holy sites in Damascus to commemorate the birth of one of the Muslim Shiite Imams, Amir-Abdollahian said in an interview with the state-run Al-Alam news channel.

“Those who carried out this operation had pre-planned it and they have kidnapped Iranians before,” he said in a report published on Iranian state television’s website. “Their aim is to put pressure on Iran to end its support for the Syrian nation.”