Analysis:Time is on the side of the rebels in Assad’s Stalingrad

by yalibnan
1281
THE battle for Aleppo is shaping up to be Syria’s Stalingrad, and it is the forces of president Bashar al-Assad which are staring defeat in the face.
Share: 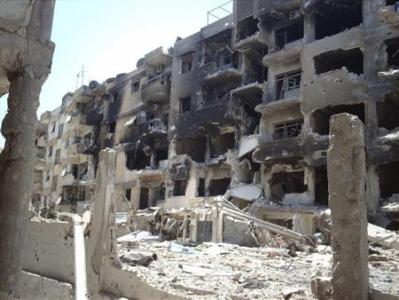 THE battle for Aleppo is shaping up to be Syria’s Stalingrad, and it is the forces of president Bashar al-Assad which are staring defeat in the face.

While the Syrian army has the tanks, artillery and attack helicopters, it is the Free Syrian Army which is in the driving seat and which chose this battle.

For a guerrilla army, no environment is more of an equaliser than a city, with its narrow streets and tall buildings. Cities are an environment that conventional armies dread.

All the advantages are with the defender. The Free Syrian Army militias have plentiful protection from the artillery and helicopter gunships, and a pulverised building is as good a strongpoint as an intact one. Tanks are acutely vulnerable in the restricted spaces – witness recent film posted by activists showing Free Syrian Army units knocking out Assad’s armour with Molotov cocktails hurled from alleys and rooftops.

Advancing infantry must stumble through unfamiliar terrain, with a hundred places for a sniper to conceal himself.

Not for nothing did Free Syrian Army commander Abdel Jabbar al-Oqaidi declare at the weekend that Aleppo would be Assad’s “graveyard”.

So difficult it is to capture a city that the British Army has evolved special tactics called Fighting In A Built Up Area. But no amount of tactics can overcome the grim reality that an army can capture a defended city only if it is willing to take casualties.

And those casualties can be high, as Russia found out when capturing Grozny from the Chechens a decade ago, and as the United States army found storming Iraq’s Falluja.

Assad is deploying his 4th armoured brigade, commanded by his brother Maher, as morale in the rest of his army crumbles. 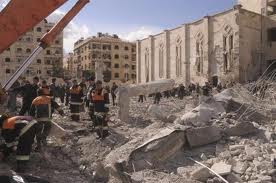 In Assad’s favour is that the Free Syrian Army is without the Nato bombers that proved decisive for Libya’s rebels. He also continues to enjoy the support of Russia.

However, the guerrillas also have their suppliers and understand better than their foe the political reality of the war. They know they need not defeat their enemy in battle, but only avoid defeat.

It is for Assad to win back control of his country, or see him abandoned by his own people. His chance to find a political solution to the war appears to have gone, leaving him with no option but to continue sending his dwindling reserves hither and thither to meet Free Syrian Army attacks.

Ominously, dozens of senior officials and officers continue to defect to the rebels, with none defecting in the other direction.