Analysis: Syria After the Fall

by yalibnan
475
THE conflict in Syria has reached a tipping point, but not one that promises a quick end to the fighting. With or without Bashar al-Assad as its leader, Syria now has all the makings of a civil war:
Share: 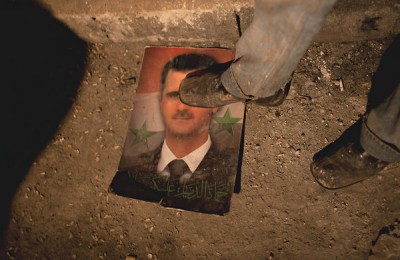 THE conflict in Syria has reached a tipping point, but not one that promises a quick end to the fighting. With or without Bashar al-Assad as its leader, Syria now has all the makings of a grim and drawn-out civil war:

evenly matched protagonists who are not ready for a cease-fire, and outside powers preoccupied with their own agendas and unable to find common ground.

There is no easy way out of such a stalemated struggle, and this one threatens the stability of the whole Middle East. So the United States and its allies must enlist the cooperation of Mr. Assad’s allies — Russia and, especially, Iran — to find a power-sharing arrangement for a post-Assad Syria that all sides can support, however difficult that may be to achieve.

Until now, Washington has seen the developments in Syria as a humiliating strategic defeat for Iran, and it has largely sat on the sidelines, trying to draw diplomatic cooperation from Russia. The administration and its critics alike may think that involving Iran in any resolution to the conflict would throw Tehran a lifeline and set back talks on Iran’s nuclear program. But a breakup of Syria — and the chain of events that such a breakup would inevitably set in motion — poses a graver threat to the Middle East and to America’s long-run interests in the region than does Iran’s nuclear program. And Iran has much more influence with the Assad leadership than does Russia.

If the Syrian conflict explodes outward, everyone will lose: it will spill into neighboring Lebanon, Jordan, Iraq and Turkey. Lebanon and Iraq in particular are vulnerable; they, too, have sectarian and communal rivalries tied to the Sunni-Alawite struggle for power next door.

In the past week, Mr. Assad has lost control of important parts of the country, and the opposition, buoyed by outside sympathy and support, has built on the momentum of a bombing in Damascus that killed key security aides to the president. The shift in balance is significant, but it is not decisive. Rather, it sets the stage for a protracted conflict that would divide Syria into warring opposition and pro-Assad enclaves. For now, the Assad government has enough support and firepower to keep fighting, and it shows no sign of giving up. Most members of Syria’s Alawite, Christian and Kurdish minorities, along with a slice of its Sunni Arab population, still prefer Mr. Assad to what they fear will follow his fall; together, those groups make up perhaps half of Syria’s population, the rest of which is largely Sunni Muslim.

The opposition, meanwhile, is winning territory, but its ranks are divided among some 100 groups with no clear political leadership. Even if Mr. Assad were to step down voluntarily, his Alawite military machine and its sectarian allies are likely to fight on, holding large chunks of territory.

Syria would then fracture, with the fighting deciding who controls what area — a larger version of Lebanon in the 1970s. There would be ethnic cleansing, refugee floods, humanitarian disasters and opportunities for Al Qaeda.

In Lebanon, a decade and a half of carnage was stopped only with the assistance of Syria and its army as peacemakers. A similar sectarian conflagration plunged Iraq into violence after the American invasion. There, a surge of American troops in 2007 helped stop the fighting. In Syria, there are no foreign troops to play such a role, and little prospect that any will come while the war lasts.

But there is still time to prevent the worst from happening in Syria. It will require difficult decisions and recalculating what is possible. Even in the face of vetoes from Russia and China, which feel that the West overstepped its United Nations mandate in Libya, the United States and its allies are still focusing on international pressure and support for the opposition to bring down Mr. Assad. That is the wrong goal, because it will not end the fighting.

Instead, the aim of diplomacy should be to devise a post-Assad power-sharing arrangement that all sides could sign on to. That, rather than more pressure on the government and more bickering among the outside powers, could finally persuade Syrians who are still in Mr. Assad’s corner to abandon the fight.

There are reasons to hope that Russia and Iran would join the bargaining. Both wish to rebuild their damaged prestige in the Arab world, and Iran is concerned about the fate of more than a million Shiite Muslims in Syria. As for the West, Mr. Assad’s fall, without a transition plan, would be a Pyrrhic victory — the beginning of a greater bloodletting.

A transition plan also must include Turkey, which has a long border with Syria and the military muscle to influence the conflict.

But the single most important participant would be Iran. It alone has the influence on Mr. Assad and the trust of various parts of his government to get them to buy in to a transition. Currently, Iran is at an impasse: it cannot abandon Mr. Assad, nor can it save him. But intense debates are taking place among its leaders, some of whom have called for ending Iran’s unwavering support for Mr. Assad.

Once a transition plan is worked out, it will be important to remember this: No such plan will be credible without committing foreign troops to enforce the cease-fire and protect the defeated minority communities that have backed Mr. Assad. Until the United States and its allies get down to business with Russia and Iran, and get serious about how they will manage Mr. Assad’s fall, the conflict will only grow — and so will the threat to the region.