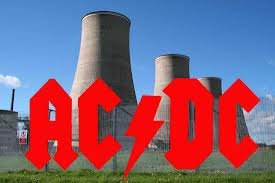 Iran’s nuclear facilities have suffered a cyber attack that shut down computers and played music from the rock band AC/DC, the F-Secure Security Labs website said.

A new worm targeted Iran’s nuclear programme, closing down the “automation network” at the Natanz and Fordo facilities, the internet security site reported, citing an e-mail it said was sent by a scientist inside Iran’s Atomic Energy Organisation.

The virus also prompted several of the computers on site to play the song ‘Thunderstruck’ by AC/DC at full volume in the middle of the night, according to the e-mail, part of which is published in English on the website.

F-Secure Security Labs, which is linked to F-Secure Oyj, said that while it was unable to verify the details of the attack described, it had confirmed that the scientist who reported them was sending and receiving the e-mails from within Iran’s Atomic Energy Organisation.

Iran’s nuclear programme and oil facilities have been subject to a succession of cyber attacks that the foreign ministry said in May were launched by hostile governments as part of a broader “soft war”.

Iran accuses the US and Israel of trying to sabotage its technological progress. Both countries say Iran’s nuclear activities may have military intent, an allegation that Iran denies.

Mikko Hypponen, chief security officer at F-Secure Security Labs and the person involved in the correspondence, said he received three e-mails on July 22 from an individual with an aeoi.org.ir e-mail address.

After checking the person’s name on the internet, Mr Hypponen said he found “plenty of nuclear science papers and articles published by someone with this name”.