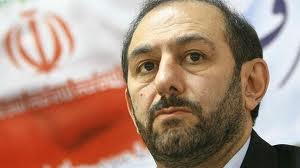 A high-ranking Iranian official said his country is ready to share “experience and capabilities” with the Tehran-backed regime of President Bashar al-Assad in Syria, the official IRNA news agency reported.

The comments appear to reinforce Iran’s support for its main Middle East ally and counter speculation that Iran’s leadership was facing internal battles over whether to continue their backing for the embattled Assad.

“Tehran is ready to give its experience and capabilities to its friend and brother nation of Syria,” IRNA reported Saeedlou as saying in a meeting with Syria’s deputy prime minister, Omar Ibrahim Ghalawanji, who is in Tehran with a Syrian delegation.

Saeedlou did not elaborate about which experience or capabilities he had in mind.

On Tuesday Gen. Masoud Jazayeri, a spokesman of Iran’s Joint Chiefs of Staff, said that Assad’s regime has friends in the region poised to “strike out” — an apparent reference to forces that include militant groups Hezbollah in Lebanon and Hamas in the Gaza strip.

Hezbollah, whose strongholds lie along the Syrian border, maintains a heavily armed guerrilla force that has held its own against its high-tech Israeli adversary. It has ideological links to Tehran’s theocratic regime, and has long benefited from support in Damascus.

Iran would not likely dispatch military units or hardware to Syria, however — earlier on Wednesday Iranian Defense Minister Gen. Ahmad Vahidi reiterated his country’s stance against military intervention in its key ally, noting that at present “Iran has no military forces in Syria” or plans to send any.

Syria’s Ghalawanji described his country as facing serious challenges as a result of “cruel sanctions” imposed by the U.S., European Union, and Arab countries on Damascus over its handling of an increasingly bloody 17-month uprising, the IRNA report said.

It also said that Iran’s First Vice-President Mohammad Reza Rahimi told Ghalawanji in a separate meeting that he could count on unwavering support from Iran.

“Given that powers have united to damage the Syrian nation, Iran’s stance toward Syria is not changeable — it will always stand by its Syrian brothers,” Rahimi was quoted as saying.

Some 19,000 people have died in the Syrian uprising since March 2011. Syrian opposition groups have refused Iran’s proposal to play a mediator role between Assad and rebels.

Tehran stamped out its own wave of mass protests in 2009, launching a severe crackdown on the opposition Green Movement after the disputed re-election of President Mahmoud Ahmadinejad. The movement has been mostly silent since then.