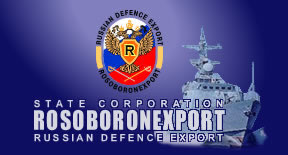 The US House of Representatives lashed out at Russia for its unwavering support for Syria, voting Thursday to stop the Pentagon from doing business with a Russian company that has armed Bashar Assad’s regime.

The overwhelming 407-5 vote on an amendment to the defense spending bill came just hours after Russia vetoed a U.N. resolution threatening nonmilitary sanctions against Syria.

Incensed by the unending bloodshed in Syria, the House backed an amendment by Rep. James P. Moran, Virginia Democrat, that would bar the Pentagon from contracts, cooperative agreements and loans with Rosoboronexport, a Russian state-controlled arms export any that is providing weapons to the Syrian government.

The Defense Department has bought 33 dual-use Mi-17 helicopters for the Afghan military from the company, including an order for 10 aircraft last week.

The Pentagon has relied on the company because the Afghans are familiar with Russian-made helicopters.

But Russia sold about $1 billion in arms to Syria last year, including 36 combat jets from Rosoboronexport.

“I should think it’s troubling to all of us that we are purchasing helicopters from a Russian firm that is directly complicit in the deaths of thousands of innocent Syrian men, women and children,” Mr. Moran said.

The House later passed the overall bill, which the White House has threatened to veto on broader budget-related grounds