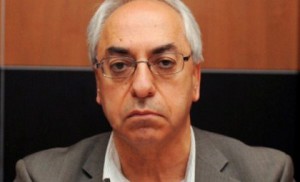 Syria’s main opposition group said a delegation headed by its leader, Abdulbaset Sieda, will travel to Russia tomorrow for talks on the Syrian crisis.

The Syrian National Council said it remains committed to its basic principles, which include bringing down President Bashar al-Assad’s government before starting to prepare for a transition. Russia, along with China, stands by Assad and says he should be involved in the transition.

“Our commitment to the revolution and the will of the people has no limits,” the Syrian National Council said in a statement on its Facebook page.

RIA Novosti reported on July 2 that Russia invited Sieda for talks in Moscow and that he may meet Russian Foreign Minister Sergei Lavrov.

The Syrian uprising that began peacefully 16 months ago has evolved into a deadly confrontation that has left the international community at odds over how to persuade Assad, whose family has held power for four decades, to leave.

The violence has claimed more than 17,000 lives since the conflict began in March 2011, according to Rami Abdel Rahman, head of the Syrian Observatory for Human Rights. He said the casualties include 4,348 members of Assad’s security forces.

About 4,000 Syrians have been killed since United Nations special envoy Kofi Annan took on the peacemaking mission in February, according to the Local Coordination Committees, an activist group. At least 19 were killed today, the LCC said.