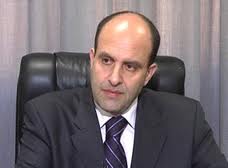 According to the report Aoun brought a message from the Syrian officials to Change and Reform bloc leader MP Michel Aoun in which they asked him to “ease the tension with Hezbollah and Speaker Nabih Berri.”

“The news is completely unfounded,” a statement issued by Salim Aoun’s office read.

The statement also “challenged ” Al-Liwaa newspaper to prove that he visited Damascus.

This comes after Change and Reform MPs have been collaborating with Lebanese Forces, and Phalange MPs in opposing Speaker Nabih Berri over his draft law that calls for changing in status of the striking part-time EDL employees . The striking employees want their employment contracts to be changed from part-time to full time.