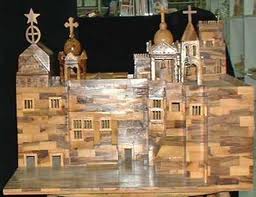 Beirut, Lebanon – The Church of the Nativity in Bethlehem, along with the Pilgrimage Route, was added on Friday to Unesco’s World Heritage List, a move that was celebrated by Palestinians who hailed it as a significant political and diplomatic achievement as much as a cultural one.

Hanan Ashrawi, who leads the Palestine Liberation Organization’s Department of Culture and Information, called the 13-to-6 vote of the World Heritage Committee meeting in St. Petersburg, Russia, “a welcome recognition by the international community of our historical and cultural rights in this land.”

The venerated church, the traditional birthplace of Christ, is in what is now a Palestinian-administered part of the Israeli-occupied West Bank. It was the first such site to be nominated since Palestine was granted full membership in Unesco, the United Nations Educational, Scientific and Cultural Organization, eight months ago.

Israel and the United States lobbied strongly against the church’s listing, which was approved with two countries abstaining, just as they had opposed Palestine’s Unesco membership, viewing it as part of a contentious, wider campaign for international recognition of statehood in the absence of an agreement with Israel.

Particularly galling for Israel was the fact that the church was also placed on the List of World Heritage in Danger, which Unesco attributed to the damage it has suffered from water leaks. Palestinian officials have also suggested that the site is endangered by Israel.

Ms. Ashrawi said in a statement that Friday’s decision “emphasizes that Israel must be bound by international law and treaties, particularly pertaining to its illegal and detrimental measures as a belligerent occupant and as a major threat to the safety and the responsible preservation of that important segment of human civilization in Palestine.”

Palestinian officials briefing reporters in Bethlehem this week said that a vote to include the church on the list would be a vote in favor of self-determination and cultural rights for the Palestinian people.

“We believe that all of Palestine is in danger,” said Omar Awadallah, who deals with the United Nations at the Palestinian Ministry of Foreign Affairs.

Israel has said that it is not opposed to the church’s listing as a world heritage site, but that it objects to what it calls the Palestinians’ using Unesco as a political tool against Israel.

“This is proof that Unesco is motivated by political considerations and not cultural ones,” the Israeli prime minister’s office said in a statement after the vote. “Instead of taking steps to advance peace,” it added, “the Palestinians are acting unilaterally in ways that only distance it.”

“The world should remember that the Church of the Nativity, which is sacred to Christians, was desecrated in the past by Palestinian terrorists,” the statement said, a reference to Palestinian gunmen occupying the church in 2002 along with clerics and civilians who had taken refuge there as Israeli tanks and troops pushed into Bethlehem. The Israeli military action was part of a broader offensive after months of Palestinian suicide bombings inside Israel. The church remained under siege for 39 days.

Because Palestine was only recently accepted as a Unesco member, the Palestinians decided to fast-track the church application for inclusion in the list on an emergency basis. A panel of experts that advises the World Heritage Committee had determined that although the church needed renovation and conservation, it did not appear to be in imminent danger and should not qualify for emergency status. Leaders of the three churches that share control of the Church of the Nativity, always leery of prospective changes to the delicate status quo, also expressed reservations about the nomination.