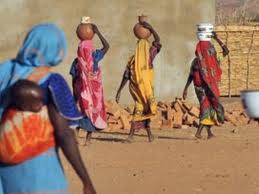 Protesters staging a hunger strike in Lebanon called on the United Nations on Wednesday to grant refugee status to thousands of Sudanese migrants so they could be resettled in other countries.

At least 25 Sudanese activists have been holding the strike outside the U.N. High Commissioner for Refugees (UNHCR) office in Beirut for 10 days.

While there are hundreds of U.N. registered refugees who have come to Lebanon in recent years after fleeing conflicts in Sudan, the protesters say there are thousands more without refugee status.

Even those who have refugee status say they have waited for years to be resettled in other countries, with little progress.

Lebanon never ratified the 1950 U.N. Refugee Convention, so even those the UNHCR has deemed refugees have few rights in the country and can be deported or jailed for staying beyond their visas.

However without refugee status, migrants cannot be granted asylum and resettled in other nations.

Stretched out on cardboard boxes and tattered pillows on steaming hot pavements, the Beirut protesters said they wanted to call attention to their plight on Wednesday – World Refugee Day for 2012.

“We are calling on the world, the commissioner in Geneva, international organisations and Lebanese civil society to help us. We are in miserable circumstances. We are illegally in Lebanon and are chased out of one place to another,” said one activist.

The UNHCR, which said it was dealing with over 11,000 Iraqi and Sudanese refugees and 27,000 displaced Syrians in Lebanon, said it was working as quickly as possible to help.

“The UNHCR lobbies for legal recognition, intervenes on refugees’ behalf, provides assistance to the most vulnerable and seeks solutions for them outside Lebanon,” it said in a statement.

“But the hard reality remains that relatively few refugees will be resettled to a third country because of the limited number of resettlement places made available.”