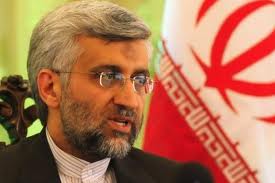 World powers began two days of talks with Iran on Monday to try to end a decade-long stand-off over Tehran’s nuclear program and avert the threat of a new war in the Middle East.

Experts and diplomats say a breakthrough is unlikely, with Iran expected to demand recognition of its right to enrich uranium for what it says is a purely peaceful nuclear program.

The sides are no closer to agreement despite two rounds of negotiations since diplomacy over Iran’s atomic program resumed in April after a 15-month hiatus.

Israel has threatened to bomb Iran if no solution to the dispute is found, oil markets are nervous over the prospect of intensifying regional tensions and the frail world economy can ill afford a further increase in oil prices.

The nuclear-armed United States, Russia, China, France and Britain – plus Germany – will push Tehran over its enrichment of uranium to 20 percent fissile purity.

The world powers are wary of letting diplomacy drag on without clear progress and giving Iran time to build up a program which they fear is aimed at developing weapons, although Tehran denies this.

“If Iran remains unwilling to take the opportunities these talks present, it will face continuing and intensified pressure and isolation,” a Western official said.

That would mean more sanctions from the West, although not the United Nations Security Council because veto-holding China and Russia oppose further punitive measures. It could also mean the threat of Israeli force growing.

New U.S. and European Union sanctions are due to come into force in two weeks, tightening economic pressure on Iran.

But without progress to ensure Iran does not develop nuclear arms, Israel “could find itself facing the dilemma of ‘a bomb, or to bomb’,” Prime Minister Benjamin Netanyahu said on Sunday.

“Should that be the choice, then bombing (Iran) is preferable to a bomb (in Iran’s hands),” he said. “I hope we do not face that dilemma.”

The six powers – led by EU foreign policy chief Catherine Ashton – hope at least to win assurances that Tehran is willing to discuss concrete solutions, opening the way to progress.

“Ashton is willing to stay in Moscow as long as it takes,” a senior EU diplomat said. “But there is a time limit also … We will have to say ‘no’ to talks for talks’ sake.”

The six nations want a substantive response to their offer of fuel supplies for a research reactor and relief in sanctions on the sale of commercial aircraft parts to Iran.

At the last talks, in Baghdad last month, they asked Tehran in return to stop producing higher-grade uranium, ship any stockpile out of the country and close down the underground Fordow facility where such work is done.

But Iran’s chief negotiator, Saeed Jalili, has indicated the incentives on offer are insufficient.

Iran has also said progress will be made only if the six powers issue a public acknowledgement of its right to enrich uranium, something they have refused to do until Tehran agrees to in-depth U.N. inspections of its nuclear sites.

“If they do not admit Iran’s right to nuclear enrichment in Moscow, the talks will surely fail,” the Iranian state news agency IRNA quoted an informed source as saying on Monday.

A former Iranian negotiator, Hossein Mousavian, likened the powers’ proposal to swapping “diamonds for peanuts”, telling Reuters that the Moscow talks would probably fail without substantial concessions by the six powers.

Iran is also seeking an end to increasingly tough economic sanctions which have in recent months directly targeted its ability to export oil, its economic lifeblood.

But international concern is growing. The International Atomic Energy Agency (IAEA) failed to persuade Iran, in talks this month, to let it inspect the Parchin military site where it suspects nuclear bomb-related research took place.

Last week, after acrimonious letters and phone calls between EU and Iranian diplomats, EU officials said Jalili had agreed to give serious consideration to the six powers’ proposal.

Russia’s determination to avoid diplomatic defeat may increase hopes of agreement to at least meet again. Moscow opposes new sanctions and military intervention in Iran and Syria, and wants a big role in finding a peaceful solution.

But U.S. and European diplomats have given no public indication of any willingness to scale back economic sanctions for now. An EU embargo on Iranian oil takes full effect on July 1 and new U.S. financial sanctions some days before that.

“Sanctions will enter into force in July unless something very dramatic happens,” said a Western diplomat.

Measures including the EU ban on Iranian crude, are already taking a toll. Iran’s exports have fallen by some 40 percent since this year, according to the International Energy Agency. Iran says it has no problem replacing customers that choose to boycott its crude.