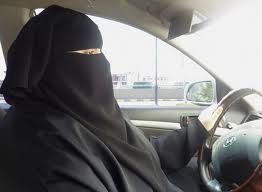 Saudi female activists who had been expected to brave a driving ban have postponed a planned day of action for Sunday following the death of Crown Prince Nayef bin Abdulaziz, a member of the group said.

“The campaign has been postponed until Friday,” said Hind al-Zahid of the Women2Drive group that had urged women to get behind the wheel on Sunday for the first anniversary of a campaign that has seen several defiant women arrested.

A statement by the group on Friday had urged “women who hold driving licenses (from abroad) to drive on the anniversary day, June 17, and document their acts.”

It also urged men to get in the passenger seat to support their wives, mothers, or sisters who decided to flout the ban.

The statement urged women to flood the traffic department with driving licence applications and then to write to the department head to complain when they were not issued.

Some 800 people petitioned King Abdullah on Wednesday to allow women to drive in the only country in the world where they are banned from doing so.

The petition urged the monarch of the ultra-conservative kingdom to “encourage women who have obtained driving licenses from neighboring countries to begin driving whenever necessary.”

They also called on the king to “establish driving schools for women and (begin) issuing licenses.”

Many women have driven since the campaign began last year and many have been arrested and forced to sign a pledge they will never drive again, activists say.

One group of defiant women drove cars last June in response to calls for nationwide action against the ban.

The campaign, which spread through Facebook and Twitter, was the largest mass action since November 1990, when 47 Saudi women were arrested and punished after demonstrating in cars.

No law specifically forbids women in Saudi Arabia from driving, but the late interior minister, Prince Nayef, who died on Saturday, formally banned women from doing so after that protest.

Women with the financial means hire drivers, but others depend on the goodwill of male relatives to get around.