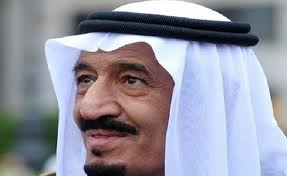 The death of Saudi crown prince Nayef came as no surprise, for he had been seriously ill for several years. He spent much of the past year outside the Kingdom, for medical treatment in the United States and then recuperation. Since the death in 2011 of the then third in line for the throne, long-time Minister of Defense Prince Sultan, and his replacement at Defense by Riyadh’s long-serving governor Prince Salman, it has been thought that Prince Salman would become crown prince next. That change should come in the next few days, after Nayef’s burial.

But after Salman there is no obvious next in line. The candidates in the current generation, who are sons of the modern Kingdom’s founder King Abd al-Aziz, have various strikes against them, from age to lack of distinction to inappropriate (in the Saudi system) mothers. This raises the prospect of moving to the next generation, which obviously has to happen in the next decade or so. The problem in the next generation is not that there are too few candidates but that there are too many. And balancing the interests of the various wings of the family, the children of former kings and of princes such as Sultan and Nayef, will be extremely difficult.

In addition to deciding who is the next crown prince, the family must decide whether ministries will be kept as fiefdoms by branches of the family. Nayef was Interior Minister and his capable son Mohammed bin Nayef has long been deputy minister there; will he be promoted? If a son of founder is given the ministerial post, will Mohammed bin Nayef stay on, to inherit the top job later? This test will also come for Khalid bin Sultan, long his father’s deputy at Defense. He did not get the top job when his father died; a son of the founder had first priority over a grandson. When foreign minister Prince Saud retires, will the clan seek to keep the ministry in its grip? Especially when ministerial posts start going to grandsons, the fight will be on between those seeking to keep ministries as clan property and those seeking either a new distribution of wealth and power–or even appointment by merit.

The rise of Prince Salman to crown prince can postpone these questions for a while, but he is 76. After him, they will be front and center; indeed, if he becomes king one of his main duties will be to move the family toward confronting and resolving them.

By: by Elliott Abrams