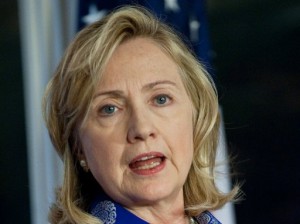 The war of words between Moscow and Washington about the Syrian conflict evokes disturbing reminders of Cold War-era confrontation, with U.S. officials accusing Russia of arming the Damascus regime and the Kremlin contending the Obama administration dangerously encourages the rebels.

The world has changed dramatically since the 1980s, when the nuclear-armed superpowers backed rival factions in proxy wars in Afghanistan, Lebanon, Nicaragua and elsewhere. But lingering mistrust and competing interests continue to keep the United States and post-Soviet Russia on opposite sides of regional conflicts.

Tension between the erstwhile enemies has been sharpening of late over Syria. The embattled regime of President Bashar Assad has reportedly been stepping up attacks on civilians in a desperate bid to reclaim territory lost to scattered opposition forces in the now-15-month-old conflict.

United Nations and Western leaders have begun referring to the Syrian fighting as a civil war, a recognition likely to complicate the international community’s ability to effectively intervene. U.S. Secretary of State Hillary Rodham Clinton conceded in an exchange Tuesday at the Brookings Institution that the risks for 300 unarmed U.N. observers in Syria were becoming untenable. Extending their mandate when it expires next month makes little sense “if there is no discernible movement” toward respecting a 2-month-old cease-fire, she said.

Russian Foreign Minister Sergei Lavrov responded with an affronted denial and suggested it is Washington fanning the flames of the conflict by assisting the rebels.

“We don’t supply Syria or anyone else with things that are used to fight against peaceful demonstrators, unlike the United States, which regularly supplies that region with such equipment,” Russia’s RT network quoted Lavrov as saying during a visit to Tehran. Lavrov described Moscow’s supplies to Damascus as fulfilling contractual obligations “exclusively for air-defense systems.”

Clinton reiterated Wednesday that Moscow needs to cut its military ties to Assad, calling on the international community to “speak with one voice” in its efforts to quell the violence in Syria that has already taken at least 10,000 lives.

The U.N. chief for peacekeeping, Herve Ladsous, told reporters Tuesday in New York that the world body’s monitors in Syria had confirmed the use of attack helicopters in recent battles waged by Assad’s forces to recover rebel-held territory. Ladsous also added his voice to those conceding that the increasingly vicious fighting in Syria now constitutes a civil war.

With the six-point peace plan drafted by former U.N. Secretary-General Kofi Annan widely ignored, diplomats and humanitarian activists have been pressing for more deliberate action by the U.N. Security Council. With the exception of Russia and China, member states have been pushing for harsher sanctions on Assad’s regime, the erection of havens for refugees and “no-fly” zones to end his air power and arms shipments.

Any new mission, though, would require support by all five permanent members of the Security Council, and Russia has already used or threatened its veto power to quash resolutions condemning Assad.

The U.S.-Russia standoff reflects a new complexity in their relations, especially in the Middle East. Syria is an important Moscow ally in the region and a longstanding customer for Russian arms and other trade. Russia also has close ties with Iran, including collaboration with Tehran’s nuclear programs. Russian officials have proposed drawing Iran into the next diplomatic initiative on Syria, an idea firmly rejected by Washington.

“To the extent outsiders see the conflict as a confrontation between two armed camps, as opposed to what I think it is — a violent, atrocity-driven crushing of a domestic opposition that is increasingly turning to armed force itself, first for protection and then to press the government — the argument against intervention militarily looks more attractive,” Kaye said.

Kaye said he sees Russia increasingly isolated on the Security Council, as the Arab League, the European Union, the United States and most regional powers are united in their demands that Assad stop attacking those agitating for his ouster. But Kaye said Russia perceives itself as having deep interests in Syria that are likely to keep Moscow on Assad’s side even as the fighting escalates.

“Russia is reasserting itself, and in an increasingly authoritarian way, and not just over Syria,” said Andrew J. Tabler, a senior fellow at the Washington Institute for Near East Policy. He noted Moscow’s cozy relationship with Iran and its vehement opposition to U.S.-backed plans for a European missile shield.

Tabler said he believes that the United States and its allies erred in thinking the Russians would be persuaded to use their influence with Assad to get him to respect the cease-fire and perhaps eventually agree to step down. Instead, he said, Russian support and arms have strengthened the Assad regime and emboldened it to fight on despite the risk of provoking widespread sectarian fighting.

Allen Weiner, a Stanford professor of international law and security, likewise sees little likelihood of Russia changing course on Syria now that the conflict has become a battle between armed factions rather than regime repression of demonstrators who began their protests in March 2011.

“This is playing extremely well at home in Russia,” Weiner said of Moscow’s diplomats flexing their muscle in the Middle East. “Russians see the preservation of the Assad regime as important to their international prestige. We see them as being obstructionist. But they see this as Russia standing up to the West.”