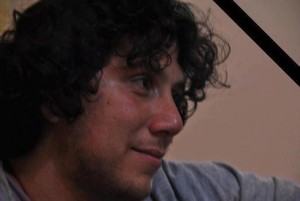 Syrian activists paid tribute to a young filmmaker from Damascus who was killed in Homs on Monday night.

Bassel Shahade reportedly returned to Syria from his studies in the United states at the start of the Syrian protests last year to document the uprising. He was said to have been visiting Homs for the last three months to help train activists in filmmaking when he was killed during shelling.