Syrian Christians are likely to pay the price of Massacres 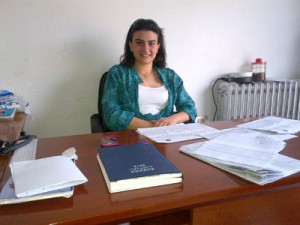 The international community has condemned the massacre of dozens of women and children in Houla, Syria by pro- government forces.

But as I learned on my visit to Lebanon – to which many Syrian activists and refugees have fled – there’s a growing danger that atrocities like Houla will spark reprisal killings. Those minorities, including Syrian Christian (ten per cent of the population) who are seen as supportive of President Bashar Assad’s regime, are at particular risk.

I traveled over a winding mountain road to this Lebanese Christian town in the Bekaa Valley, not far from the Syrian border, where the Catholic charity Caritas, is helping Syrian Catholics who have fled the fighting in the Homs region. Figures are hard to come by, and many rural Christians are fleeing to relatives in Damascus, but Caritas has had 14 new cases in the last two weeks.

Mira Shalzhanian, a Caritas caseworker, told me that frightened families come walking across the border, mostly from mixed villages such as Qusayr, that are part of Homs province, and have a majority of Sunnis and a minority of Christians; often the refugees walk across the border with little but some clothes.

“All the Christians are coming from Qusayr because they are with the regime and they are scared,” Shalzhanian said. “President Bashar (Assad) was protecting them.”

What she meant was that, as a member of a minority (Alawite Shiite) sect, which has controlled the country for forty years, Assad has looked favorably on members of the Christian minority. They, in turn, saw the regime as a safeguard against any threat of Muslim fundamentalism, or an uncertain future under any post-revolution government.

But the number of atrocities perpetrated by Assad’s Alawite forces and militias against rebellious Sunnis is rising, and the Sunnis’ desire for revenge against his supporters is likely to grow. Houla villagers, all Sunnis, had the misfortune to live on a faultline near rural Alawite villages, and the killers are believed to be Alawite militiamen.

If Sunnis were seeking revenge for the killing of their civilians, their main target would be Alawites, but Christians could also be targeted because they are seen as supporters of Assad.

That’s why an extended family of Syrian Greek Catholics whom I visited decided to flee their homes.

This extended family of farmers and government employees were so fearful they ask me not to describe their jobs, use their names, or take photos. Several small children ran in and out of the bare two rooms they had rented, which were furnished only with sleeping mats and a couple of cots.

Their family residence in Qusayr was caught in a cross fire between rebels and the army, which was a major reason they left. But what finally drove them to flee was the kidnapping of Christians; several relatives were taken by masked men, some of whom had local accents, others not. One relative was killed and others were tortured by beatings with wooden sticks from which nails protruded.

The survivors were told they’d been taken because they were Christians and not with the revolution. No one can be certain whether the kidnappers were revenge-seekers, or simply thugs taking advantage of the chaos. In revolutionary times, criminals often masquerade as patriots.

“We hope we can go back, but we don’t know the situation” said one young mother of four, as drank coffee, the only thing they could offer.“ By next month the family will run out of money, and jobs are hard to find in Zahle. But if the Assad regime keeps encouraging massacres like the one in Houla, Syrian Christians are likely to pay the price.