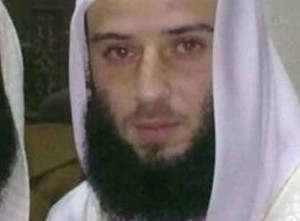 Lebanon has released Chadi Mawlawi, an activist who was helping Syrian refugees and whose arrest sparked fighting in Lebanon.

Fighting has been under way in parts of Lebanon, including suburbs of Tripoli, in what analysts describe as an extension of the unrest in neighboring Syria.

Mawlawi, an Islamist activist, was supporting Syrian rebels and trying to help refugees in Lebanon by providing shelter and food when he was arrested, one of his cousins said.

Lebanon accused Mawlawi of being an operative in an al Qaeda-inspired group — something his relatives deny.

Nadim Shehadi, associate fellow of the Middle East and North Africa program at the London think tank Chatham House, said Lebanon is seeking neutrality and wants to avoid spillover from the Syrian violence. But “that’s an impossible objective to attain because if you help the refugees, you’re supporting the revolution, and if you don’t help the revolution, you’re supporting the regime.”

Violence in Lebanon has spread in recent days.

The deaths sparked clashes between rival political parties — one supporting al-Assad and the other opposing him — that left two other people dead and 18 wounded in Beirut, according to the state-run news agency.

Derek Plumbly, the United Nations’ special coordinator for Lebanon, called for an end to the violence and said the incidents must be “thoroughly investigated.” And U.S. State Department spokesman Mark Toner said the United States is “concerned by the security situation.”