The Syrian activist opposition group, the Local Coordination Committee, is claiming that six high-ranking officials of President Bashar al-Assad inner circle have been killed by the rebel forces.

The regime is saying that such reports are “baseless.” One of those killed is reportedly Assef Shawkat, the head of Syrian intelligence and Assad’s brother-in-law. Sources from the Revolutionary Council for Damascus are trying to confirm who exactly was killed or injured,according to the rports. 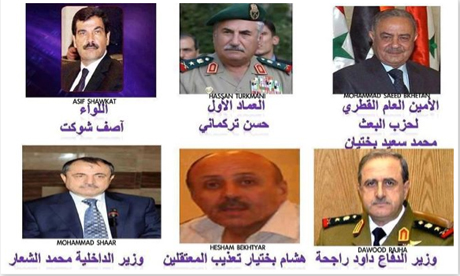 The Syrian regime has accused Al-Jazeera and Al-Arabiya, who aired the report, of inciting “discord” in Syria ever since a revolt broke out in March 2011.