You Reap What You Sow: Incongruity = Strife.

by Ghassan Karam
648
by Ghassan Karam There are two sides to every issue. This does not offer cover to each side but it simply means that each side acts in such a way as to support its version of what transpired.
Share: 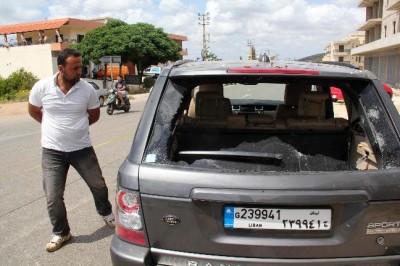 There are two sides to every issue. This does not offer cover to each side but it simply means that each side acts in such a way as to support its version of what transpired. Fortunately, reality can take only one version, anything else is a distortion. The sad events unfolding in Lebanon present a clear example of the above. The same political groups who had the audacity to suggest over the years that the horrendous assassination of Rafic Hariri and his entourage could have been arranged by his own family are at it again. They would like to peddle the vastly illogical account that the vehicle of Sheikh Ahmad Abd Al Wahed was sprayed with over fifty Lebanese Army bullets killing the Sheikh and a member of his entourage because it did not stop at the Lebanese Army barricade.

Someone should remind the Lebanese Army that even if there is truth to the allegations that the vehicle failed to stop then the army could have sent instructions to the next barricade to stop the Sheikh who is well known in the region or could have shot in the air or at the tires instead of spraying the vehicle with over fifty bullets as the driver testified. Irrespective of whether the civilian vehicle stopped or whether it failed to stop the tragic loss of life is nothing short of an indictment of the army personnel at this check point. Their unprofessional and totally undisciplined behavior, possibly politically motivated, can never be condoned since an army is not meant to shoot at its citizens and terrify them, unless it happens to be the armed forces of a dictatorial regime.  Armed forces are to protect the borders and help prevent internal strife, not start it.

The Lebanese army must initiate the most thorough and most transparent investigation in its history if the trust of the citizens is to be regained by the institution. It is with that in mind that President Suleiman should use his good offices to assure the public that justice will be done and that Lebanon belongs to all its citizens. But how can the citizens feel that the government cares equally about all the citizens when they are constantly reminded by events that the Lebanese are all equal but some are more equal than others.  How can one have any trust in an army that shoots in cold blood a man of God at its check point when it could not arrest the Hezbollah member who shot down one of its helicopters killing an army pilot? Such discriminatory behavior is not the exception but rather the rule.  It is also to be noted that this army has been able to obstruct small arms from being smuggled across the Lebanese Syrian border but has failed over the years to indict or intercept a single unit of the huge cache of arms that has crossed and continues to cross the Lebanese Syrian border. The very real allegiance and performance of the Lebanese army is at stake and since ours is an army subject to civilian rule then it is for the politicians to initiate the cleansing process.

What better message than for the current crop of cabinet members, whose government has proven to be most ineffective in all fields, be it social, economic or political, to resign. 0 Mr. Mikati, the current Prime Minister, erred when he agreed to form this current cabinet led by Hezbollah and the FPM. This very space has warned many a time that the cabinet structure was unworkable and that Mr. Mikati could do Lebanon a favour by putting together a small government of competent technocrats. Well, it is never too late. The Lebanese political leadership must come together to contain the present level of mistrust by arranging for a cabinet resignation and the simultaneous formation of a technocratic government led by Mr. Mikati. The new cabinet should demonstrate clearly that all Lebanese are subject to the same set of laws; taxes, civil and criminal, and should also govern equitably, efficiently , democratically and competently in all areas including but not limited to electricity, national debt, energy, social security and personal freedom of expression.