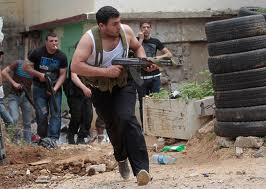 Wehbi is scheduled to interrogate three other suspects on Tuesday.

Mawlawi was arrested after luring him to Finance Minister Mohammad Safadi’s Social Services Center under the pretext of granting him $500 benefit for his daughter who is being treated at a hospital in Tripoli.

About 100 young men blocked the northern and southern roads into Tripoli, demanding the release of Mawlawi.