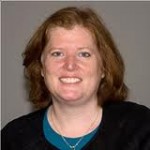 Anne Richard, Assistant Secretary of State for Population, Refugees, and Migration, says the money will be funneled through international and local agencies inside Syria and in surrounding countries, including Jordan.

“I am pleased to announce the United States is providing nearly $40 million in humanitarian assistance to support the people of Syria during this crisis,” Richard told reporters in Amman and added:

“The United States is pursuing every avenue to get humanitarian relief to those affected by the violence in Syria.”

“I am moved by the plight of the families I met, especially those who have fled with so little. I am equally impressed and encouraged by efforts to assist them,” Richard told reporters

The $40 million is for the contributions … to UNHCR and also … to groups that are working on the crisis,” she added.

UNHCR reported last April that one month after the United Nations and its humanitarian partners issued an appeal for US$84 million to help Syrian refugees in Jordan, Lebanon, Turkey and Iraq, less than twenty per cent of the funds have been given. Of the 34 organisations that have appealed for funds under the Syria Regional Response Plan, only eight have received funding by last April 20 th totaling US$15.6 million dollars,the UN agency reported

There are 23,011 registered Syrian refugees in Turkey, 25922 in Lebanon ( some are still pending registration specially in Beqaa region) 15,698 in Jordan (in addition to a large number that has not registered yet ) and 3,171 in Iraq, according to the UNHCR.