Libyan missiles on the loose 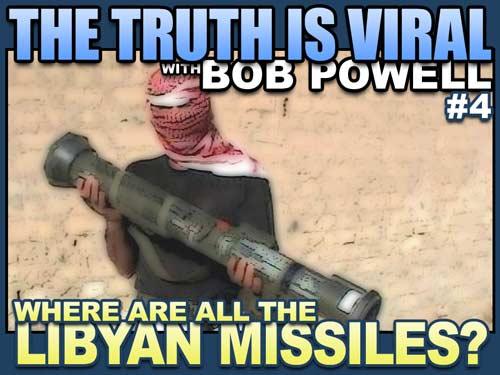 Whenever the CIA uncovers a new plot overseas, like al-Qaeda’s latest scheme to blow up civilian aircraft using advanced, hard-to-detect explosives, people breathe a sigh of relief. But this is a multifront war, and almost by definition, the attack that gets you is the one you didn’t see coming.

For the past few months, I’ve been hearing private warnings about another threat to commercial planes — namely, the spread of shoulder-fired anti-aircraft missiles from Libya after the overthrow of Moammar Gaddafi’s regime. A State Department official said in February that Gaddafi had acquired 20,000 of these weapons, and that only 5,000 of them had been secured through a $40 million U.S. program to buy up loose missiles.

“How many are still missing?” asked Andrew Shapiro, assistant secretary of state for political-military affairs, in his Feb. 2 speech. “The frank answer is we don’t know and probably never will.”

Here’s the scary part: Two former CIA counterterrorism officers told me last week that technicians recently refurbished 800 of these man-portable air-defense systems (known as MANPADS) — some for an African jihadist group called Boko Haram that is often seen as an ally of al-Qaeda — for possible use against commercial jets flying into Niger, Chad and perhaps Nigeria.

The former CIA officers have been trying for eight months to alert U.S. intelligence, without success. Here’s a summary of the messages I’ve seen.

On Sept. 9, 2011, as Gaddafi’s regime was collapsing, one of the former CIA officers warned an FBI contact that Libyan missiles were moving south into the Agadez region of Niger inhabited by Tuareg tribesmen, who are believed to have links with al-Qaeda. He explained to the FBI contact that an Arab source “said there are SA-7s and SA-24s (two Russian-made weapons) already on the ground in Agadez from Libya in the hands of Tuareg AQ affiliated groups.” He heard nothing back.

In a Sept. 12 e-mail, the former CIA officer wrote his FBI friend that the Niger contacts “have determined locally that the [United States government] doesn’t want to help them” chase down the missiles. “I suspect [the Near East division of CIA] squashed this by their normal bureaucratic warfare,” he speculated.

The CIA veteran still hoped that U.S. intelligence would get involved, so he provided the name and telephone number of a relative of a former Libyan intelligence officer who allegedly had helped move the missiles out of the country. On Sept. 15, he also sent the FBI contact phone numbers for the Arab source in Niger who was closely monitoring the missile movements.

On Sept. 28, the frustrated ex-CIA officer wrote a U.S. military contact: “The missiles are in the hands of al-Qaeda and being distributed. I would really like to know who in the agency was the roadblock and why.”

Still, the former CIA officer heard nothing back. In December, he wrote another FBI contact that a “speed bump” at the agency apparently was blocking communication.

Finally, in late April, the two former CIA officers received information so urgent they felt they had to get it out, somehow. They sent to a law enforcement contact a picture of a rebel fighter aiming one of the Libyan missiles, and this explanation: “The missiles and munitions that have been streaming out of Libya since the fall of 2011 have made their way to Agadez in Niger and points west. . . . Boko Haram has taken possession of some of the refurbished missiles. They have brought Egyptian army ordnance technicians to refurbish and test the SA-7B missiles pictured below. . . . The source claims that some 800 missiles are available in the area.”

Last weekend, the CIA veterans finally heard from someone claiming to represent their former employer. The agency official was interested in talking to their Arab source.

When I asked senior U.S. officials for comment, they said they hadn’t heard about the specifics of this case, or the e-mail exchanges. But they agreed the Libyan missiles are a serious problem. “It’s probably true that a small number of Libyan MANPADS have been sold on the black market, and that al-Qaeda in the Maghreb is trying to acquire them,” said a senior U.S. official.

The White House commissioned an interagency task force last fall to hunt for the Libyan missiles. “This is going to be a long-term risk mitigation effort, to buy down the risk,” the senior official explained. That sounds sensible enough, but I wonder why nobody was listening when the former CIA officers began ringing the alarm bell.