Expatriate Vote: Another Exercise in Deception

by Ghassan Karam
663
by Ghassan Karam To pretend the availability of a commodity or service when in fact access to the item in question is severely restricted can be deadly as the Noble laureate Amartya Sen has clearly demonstrated
Share: 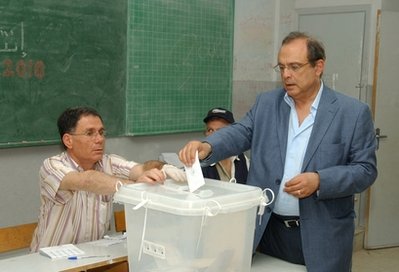 To pretend the wide  availability of a commodity or service when in fact access to the item in question is severely restricted can be deadly as the Noble laureate Amartya Sen has clearly demonstrated in his classic “Poverty and Famines”. Ever since the world no longer views famine and hunger as an outcome of crop failures as used to be the case but in most likelihood as a lack of access to food since it has been demonstrated that most such episodes are often accompanied by major obstacles erected by the social and economic systems. This is not much different than to claim that prenatal care is abundant for anyone that can afford, say, the $300 fee per visit.

Unfortunately, the above principle of pure discrimination and deception has evolved to become the bedrock on which the Lebanese political system and Lebanese cabinet operate. It often appears as if citizenship, in Lebanon, does not carry any intrinsic rights, just the opposite what is important is who do you know and how much can you afford to pay as a bribe. Nothing gets done without “wasta”.

The latest iteration of this form of deception, which has become elevated to become an art, is the latest development regarding the ongoing discussions on possible reforms to the current rotten electoral system. One idea, that has met universal support, is the plan to allow the Lebanese expatriates to participate in the upcoming parliamentary elections next year.  So many countries have offered their expatriates the right to vote that this issue has become taken for granted all over the world. But things are never what they appear in Lebanon. What appears to be real is often an image of a distorted reality. This statute is no different.

To get a clear understanding of what Lebanese officialdom is offering imagine, if you will, an area of land that is as large as a combination of Lebanon, Syria, Jordan, the Palestinian Authority. Iraq, Kuwait, Qatar, Bahrain, UAE, Oman, Yemen and Saudi Arabia then multiply that area by 2.5.  The result of that exercise would be the area of the United States of America. The Lebanese government is proposing that all the Lebanese citizens living in the US; let us assume for the sake of this exercise that they number 100,000 strong; have the right to participate in the upcoming elections provided they can make an appearance in person at one of four places only, either the Lebanese embassy in DC or one of the Lebanese consulates in NYC, Detroit or Los Angeles. Does anyone really expect those that live beyond say 20 miles of the embassy to even consider taking place in this process? What the Lebanese government has essentially done is to perfect the game of pretending to offer a service without actually doing so

The Lebanese cabinet, including the Lebanese President, who was unconstitutionally elected need to be reminded of the simplest and most essential principle in a democracy; the right to vote is inherent, it is intrinsic and cannot be alienated from the citizen. A citizen MUST have access to the vote under any set of circumstances and government has to put into practice a system that honours the idea the franchise is the lifeblood of democracy and government, at all levels, is obligated to provide access to that service that is totally equal and that is unencumbered. Anything less should be grounds to civil disobedience on a massive scale especially when the solution is simple elegant and inexpensive. If the mail can be trusted for registration then why cannot we trust it for casting a ballot? And the pretence goes on and on.