Bahrain: The Prince and the Ayatollah

by yalibnan
810
By: Ed Husain: When I was invited to visit Bahrain by members of the royal family, I hesitated. They had crushed peaceful protesters last year, and their police had used tear gas against human rights activists.
Share: 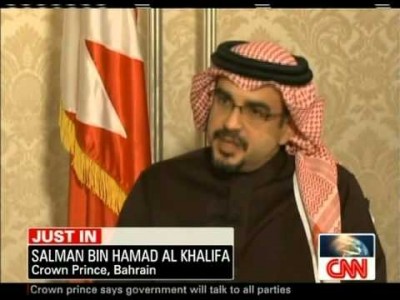 When I was invited to visit Bahrain by members of the royal family, I hesitated. They had crushed peaceful protesters last year, and their police had used tear gas against human rights activists. Like everybody else, including some of the Bahraini policemen I later spoke with, I was appalled at the violence and thought the monarchy had blood on its hands. But I felt that declining the offer was irresponsible. I wanted to know the monarchy’s side of the story. So I accepted the invitation — on the condition that I was free to meet Bahrain’s opposition.

Bahrain is a tiny island nation of 600,000 citizens, with a Parliament of only 40 members, and it cannot be understood if looked at in isolation. For one thing, it stands at the forefront of a regional cold war. Saudi Arabia lies to the west, connected by a 25-kilometer causeway built jointly by the Saudis and Bahrainis. To the east, across the waters of the Gulf, lies Iran. Both Tehran and Riyadh have major stakes in Bahrain.

En route to Bahrain, I stopped by in Riyadh and had many conversations with top government officials, journalists and academics. Their views were clear: Saudi Arabia would not stand by and see Bahrain’s ruling al-Khalifa family fall from power. The Saudis sent in soldiers to help the al-Khalifas regain control of Bahrain in March 2011 and are prepared to do so again.

If King Hamad bin Isa al-Khalifa abdicates, they asked, then who would be next among Arab kings? What consequences would the ensuing chaos have on global energy supplies? If power falls into the hands of the main Shiite opposition group, Bahrain could join Hamas, Hezbollah, Iraq, Syria and Lebanon under the Iranian sphere of influence in the Middle East.

In Bahrain, I was a guest of the king’s son, Crown Prince Salman bin Hamad bin Isa al-Khalifa, who, in the context of the country’s current political climate, is a liberal’s liberal. Educated in Washington and Cambridge, England, the 42-year-old prince spoke about Britain’s constitutional monarchy, the dire need for political reform in his country, and his yearning for a political settlement with the opposition.

He appeared genuinely contrite about the excesses of the government in Bahrain, but also convinced that the opposition has no vision of how to improve matters. “The path to hell is paved with good intentions,” he said. Constantly, he referred to the need for “evolution” rather than “revolution.”

Within the ruling family, he led the charge for reform last year, but was abandoned by Al Wefaq, the main opposition party, midway through discussions. The party kept changing its demands and the leaders were divided over what they wanted. This strengthened the hand of the more conservative wing of the royal family, led by the conservative, long-serving prime minister, Prince Khalifa bin Sulman al-Khalifa, 74.

The opposition wants the prime minister to resign, but neither the king nor the crown prince can dare ask a family elder to depart in ignominy.

Just as there are divisions within the royal family, there are serious splits in Bahrain’s Shiite political scene. Not all the Shiites in Bahrain want to topple the monarchy. Nor is the opposition composed only of democrats who simply want to oust a monarchy.

Again and again, in villages and in meetings with Shiite opposition figures, one name kept coming up: Ayatollah Issa Qassim, spiritual leader of Al Wefaq, whose writ runs large across the Shiite opposition movement. Educated in Iran, his sermons are generally anti-American, anti-democracy and vehemently pro-Iran. When Iran’s green movement challenged the mullahs in Tehran, Ayatollah Qassim accused the West of “trying to divide an otherwise peaceful country” and of “hatred toward Islam.”

He is also intolerant of Shiites with divergent views back home. Three Shiite members of Bahrain’s Parliament explained to me the consequences of daring to challenge Ayatollah Qassim. When they decided not to honor Al Wefaq’s call to boycott elections last October, Al Wefaq-controlled mosques called on people to attack them; firebombs were thrown at their homes and their children were harassed on the streets. They live in fear for their lives, and they are not alone.

Ayatollah Qassim’s supporters not only undermined the crown prince’s efforts at reconciliation, but in recent weeks have taken to rioting in villages across Bahrain. In Sitra, one such village outside Manama, I spoke in Arabic with a police official, a Shiite, who said: “I am Bahraini before I am Shiite. We must live as Bahrainis and do what’s right for our country, and not be controlled by Iran’s clerics.”

“I am Bahraini before I am Shiite. We must live as Bahrainis and do what’s right for our country, and not be controlled by Iran’s clerics.”

Like Bahraini Sunnis, the official felt the monarchy was not giving him the means to respond to the rioters. They have no guns, he complained, which left them at the mercy of rioters with home-made arrows and Molotov cocktails. “Last year, my colleagues in the army and interrogation units were wrong to torture protesters,” he said. “But what about the attacks on us now? How are we do defend ourselves?”

Ayatollah Qassim has not called on his supporters to cease violence against the police, government and dissenting Shiite leaders. Instead, he has demanded that Jawad Hussain, one of the legislators I spoke with, and other dissenting Shiite political leaders and clerics come to the ayatollah’s mosque during Friday services and publicly repent for betraying “the community.”

Ayatollah Qassim’s message does not justify the torture and human rights violations exercised by the government of Bahrain. The demands of the opposition for an end to discrimination in government jobs and for greater political freedoms are valid. But calls for greater human rights must not be selective. Last year the opposition blocked bills that gave women equality and freedom in Bahrain because the ayatollahs opposed it, while the monarchy and Sunni parties supported it.

Bahrain is an important nation because it is a focal point of what is happening in the Middle East today — the battle to find a balance between preserving the best values of the Islamic tradition while the region eases its way into the modern world.

It is crucial that Western nations help the country achieve this balance, and that they not provide diplomatic cover for rioters and clerics in the name of human rights and democracy.

Instead, they should be using every pressure point to strengthen the reformist strands within the monarchy in support of political change, equal rights for women and an end to the language of Shiite sectarianism in Bahrain. Negotiations around the political table are the only way forward in Bahrain.

Ed Husain is a senior fellow for Middle Eastern Studies at the Council on Foreign Relations.