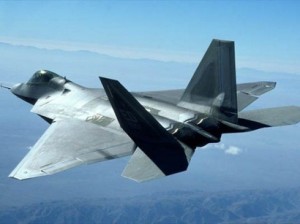 The United States has deployed sophisticated F-22 fighter jets to the United Arab Emirates amid deepening tensions between Iran and its pro-US neighbors, officials said Monday.

The US officials, speaking on condition of anonymity, would not say how many F-22s would be sent to the Al-Dhafra air base in the United Arab Emirates. Military officers tend to avoid publicly discussing details of operations at the US air base.

An Air Force spokeswoman confirmed that a number of F-22 Raptors, the most advanced fighter in the US fleet, would be deployed to the region without mentioning the base or Iran.

Pentagon spokesman Captain John Kirby told reporters the move “was a very normal deployment” in keeping with an adjustment of US forces in the region following the withdrawal of American troops from Iraq.

Territorial disputes between Iran and the United Arab Emirates over three islands in the Gulf have flared recently, with Washington voicing support for Abu Dhabi’s stance.

The argument over the Gulf islands comes against the backdrop of tensions surrounding Iran’s nuclear program, with the US, European and Israeli governments fearing Tehran is pursuing a clandestine nuclear weapons project.

Iran’s atomic ambitions and growing missile arsenal have raised concerns in Gulf Arab states, which have negotiated arms deals with Washington to build up missile defenses as a counter to Iran.

In December, the United States announced a $3.48 billion arms sale with the United Arab Emirates for missile defense batteries and radars.