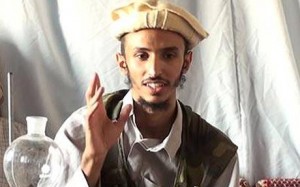 Steps were being taken to guard against a new threat of “body bombs” planted inside passengers aboard flights heading to the United States from overseas, a government official with knowledge of the threat said Tuesday.

Authorities have increased aviation security, especially on air carriers heading to the United States from the United Kingdom, other parts of Europe and the Middle East in the days surrounding the one-year anniversary of the death of al Qaeda leader Osama bin Laden, said the official, who asked not to be named because of the sensitivity of the information and to protect the specifics of how the risk came to light.

An FBI official declined comment on the information, but said, “the FBI takes all threat stream information seriously and runs it down to the best of our ability with all available resources.”

Department of Homeland Security spokesman Peter Boogaard said Monday authorities have “no indication of any specific, credible threats or plots against the United States tied to the bin Laden anniversary.” Navy SEALs killed bin Laden during a raid on a Pakistani compound on May 2, 2011.

“DHS will continue to monitor intelligence reporting and respond appropriately to protect the American people from an ever-evolving threat picture, and as always, encourage the public and our partners in law enforcement and the private sector to remain vigilant in promptly reporting any suspicious activities,” he added, declining comment on the ABC report.

Speaking before the ABC story was published, a separate law enforcement official claimed not to know of any security increases but said each locality makes its own decision.

The official, who spoke on the condition of anonymity, similarly said that there is “no intelligence to indicate a credible threat” of attack to coincide with the anniversary of bin Laden’s death.

Body bombs gained worldwide attention in 2009 when al Qaeda’s chief bomb-maker, Ibrahim al-Asiri, built a device containing around 100 grams of PETN, a difficult-to-detect powdery explosive, that was designed to be inserted inside the rectum of a suicide bomber.

The suicide bomber was his younger brother, Abdullah al-Asiri. Their target was Prince Mohammed bin Nayef, the head of Saudi counterterrorism, whose security services had driven them out of Saudi Arabia two years earlier.

Qaeda’s chief bomb-maker, Ibrahim al-Asiri, built a device containing around 100 grams of PETN, a difficult-to-detect powdery explosive, that was designed to be inserted inside the rectum of a suicide bomber.

Their group, al Qaeda in the Arabian Peninsula, was determined to show that even well-protected targets outside Yemen were not beyond their reach. In the end, the attack failed. Despite gaining entry to bin Nayef’s residence by claiming to be defecting, Abdullah al-Asiri killed only himself; the head of Saudi counterterrorism was just slightly injured.

But even in failure, his brother and comrades were emboldened. Never had al Qaeda come so close to killing a member of the Saudi royal family.