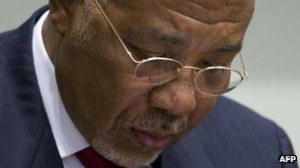 In evaluating the significance of the Charles Taylor trial, it is necessary to strip away the partisanship with which many have responded to its judgment.

For proponents of international justice, it represents an “end to impunity” for the perpetrators of egregious crimes. For detractors, it symbolises the triumph of power politics over justice. As ever, the truth lies somewhere in between.

The achievements of the Special Court for Sierra Leone (SCSL) should not be under-estimated.

In 2007 an earlier trial of three leaders of the Armed Forces Revolutionary Council made history when the court handed down convictions for the recruitment of child soldiers.

This finding paved the way for the first successful prosecution at the International Criminal Court (ICC), of Thomas Lubanga who was a military leader in the Democratic Republic of Congo.

And the SCSL was the first international court to create the post of Principal Defender to represent the interests of the defence.

The indictment of Charles Taylor took war crimes jurisprudence to a new level, establishing the principle that a serving head of state was not immune from prosecution.

The later indictments by the ICC of Sudan’s President Omar al-Bashir and Laurent Gbagbo, of the Ivory Coast, are a testament to the significance of the Taylor precedent.

Mr Gbagbo, who shares a prison compound in The Hague with Taylor, will undoubtedly feel less sanguine about the outcome of his trial as a result of the conviction of his fellow African former head of state.

The same is true of Jean-Pierre Bemba, former vice-president of the Democratic Republic of Congo, on trial at the ICC for war crimes.

Unlike the former Yugoslav president, Slobodan Milosevic, Taylor survived to the end of his trial, despite the odd health scare.

And the sight of a convicted defendant facing justice in a courtroom as a contrast to the squalid ends suffered by Saddam Hussein and Muammar Gaddafi is a relief to those who argue the case for the integrity of international war crimes law.

But there is a debit side too.

The prosecution failed to establish two of its principal charges: That Taylor had effective command and control of rebel forces in Sierra Leone and therefore bore individual criminal responsibility for their crimes; or that he was part of a joint criminal enterprise.

Lawyers will be studying this section of the judgment closely to see what implications it may have for the trials of Radovan Karadzic and Ratko Mladic at the International Criminal Tribunal for the former Yugoslavia.

It took some hard politicking and pressure from the United States to prise Taylor away from Nigeria where he took refuge after leaving Liberia in 2003, believing that he was protected by an amnesty agreement.

It is a tactic which can probably be tried only once and the chances of persuading Robert Mugabe to relinquish power in Zimbabwe on the promise of a prosecution-free exile are slim to non-existent. Mr Mugabe is said to have watched the Taylor case with interest.

Then there is the inordinate length of the proceedings. Early predictions that the trial would be over in 18 months were laughably off the mark.

It took close to five years, including 13 months for the judges to write their judgment.

This was not solely due to the sheer weight of evidence. There was reported to be friction between the judges, with the one African judge, Julia Sebutinde of Uganda, suspected of delaying matters so that she could preside over the judgment.

The suspicion was shared by the US, according to diplomatic cables revealed by Wikileaks in 2010.

One of the ironies of the Taylor trial is that, while it is of great significance for Africa, it has also highlighted concerns that, for international tribunals, the continent has been a convenient laboratory to test concepts which have not been applied to other parts of the world.

All seven conflicts investigated by the ICC have been in Africa. What about crimes committed in Syria, Iraq or Chechnya, ask the critics.

The appointment of Gambia’s Fatou Bensouda as chief prosecutor of the ICC is regarded by some as a watershed moment that may signal a willingness to pursue crimes committed in continents such as South America and Asia.

The sentencing of Charles Taylor at the end of May will be watched with great interest.

In an earlier trial, one of the convicted RUF leaders, Issa Sesay, received a sentence of 52 years, while a fellow accused got 25 years.

This highlighted the inconsistency of sentencing practice at international tribunals which, unlike many domestic courts, do not adhere to a set of agreed guidelines.

Charles Taylor’s sentence will provide another building block in an area of international criminal law still under construction.

Professor of media and criminal justice