Abductors of Estonians sentenced to death by Lebanon judge 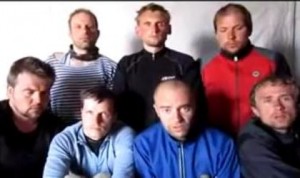 “Sawwan ordered the death penalty for 29 people, nine of whom are in [Lebanese] custody and the rest are on the run,” NNA quoted Sawwan’s indictment as saying.

The suspects at large include a Syrian national, Mohammed Ahmed Ahmed, also known as Abu Zarif, who has been held by the Syrian authorities and has not been handed over to the Lebanese authorities

Besides their involvement in the abduction, the suspects were charged with forming a crime gang, undermining the authority of the state, being associated with the Fatah al-Islam militant group, using unauthorized weapons, killing security forces member Rashed Sabri, and attacking members of the Internal Security Forces Intelligence Bureau.

They have also been found guilty of armed robbery and forging Lebanese passports and identification cards.

In addition, they have been charged with bombing stores that sell liquor and vandalizing Christian monuments.

Seven Estonians were abducted in Lebanon in March 2011. They were freed in July, almost four months after being abducted by armed men as they entered the country on a bicycle tour from neighboring Syria.

They were abducted in the eastern Bekaa and kept in captivity in Lebanon and Syria until July of that year. 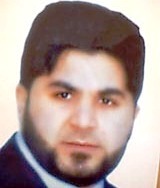 Wael Abbas, the suspected ringleader in the abduction, was arrested in November 2011.

He was detained by Syrian security forces as he was attempting to escape to the country through a false ID.

In September, the Internal Security Forces killed two accomplices of the alleged mastermind behind the kidnapping during clashes in the area of al-Bireh in Rashaya.

Later that month, two Intelligence Branch officers were injured when they were ambushed by armed men in the hunt for the kidnappers in the village of Jlala near Shtaura.

NNA said that Sawwan transferred the case to the permanent military court for trial.