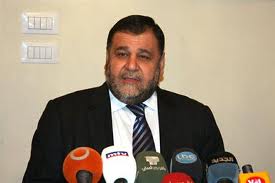 He said that Hezbollah should apologize to the Sunnis of Lebanon over the 2008 events when Hezbollah gunmen occupied the western part of Beirut which is predominantly Sunni .

“[I call] on Hezbollah to apologize to the people of Beirut, particularly the Sunnis,” Daher said

Daher also slammed Mikati’s cabinet saying it was formed as a “service” to Syrian President Bashar al-Assad “at the expense of the Lebanese people’s blood.”

“[You] are the enemies of democracy and freedom. Your policies [aim] to isolate and exclude [others] with the power of arms,” Daher told the cabinet and Hezbollah

He added that he rejected holding dialogue with March 8 amid, because of the presence of Hezbollah’s arms.