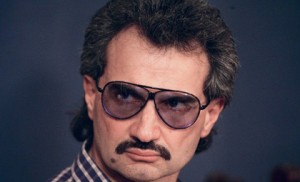 A delegation of PAC employees met with Labor Minister Salim Jreissati to file a complaint over the the shutting down of PAC and the firing of all the employees, National News Agency reported on Monday.

NNA said that the number of employees to be fired is 397, adding that Jreissati informed the delegation about the path the case was taking in the ministry.

“It is important that PAC representatives consult with the ministry as soon as possible [and] before April 21 [in order] to confirm that economic reasons [were behind the] firing [of all 397 employees],” Jreissati said.

The labor minister added that the ministry will prepare a report on the matter after April 21, which is the deadline for holding consultations with the ministry.

This is the story of PAC as told by LBC

“The story began on May 7, 1997 when Lebanese shareholders in LBCI, along with Saudi Businessman Saleh Kamel, founded the LMH company (Lebanese Media Holding) which owns PAC ltd, LBC SAT, LBC America and LBC Europe, leaving LBCI as an independent company owned by Lebanese shareholders only.

It is worth mentioning that 51% of PAC and LBC SAT’s shares were owned by Lebanese of whom Pierre Daher was the largest shareholder.

In 2003, as a result of a settlement agreement between Saleh Kamel and al-Walid Ben Talal, the latter replaced Kamel in LMH Company which owns 49% of LBC SAT’s shares.

Thus, LBCI preserved the number of staff needed to run the company. The rest of the staff joined PAC Company. By the end of 2008, it was decided to increase the capital by a large margin. Accordingly, Ben Talal became the largest shareholder as he won the absolute majority in PAC and LBC SAT provided that the increase in capital would be invested to improve the programs network and upgrade productivity under the supervision of Sheikh Pierre Daher.

In 2010, Rupert Murdoch joined the group and thus PAC and LBC SAT were merged with Rotana and it seemed obvious that the cooperation between the Saudi prince and the owner of the biggest media empire in the world, Rupert Murdoch, would improve and develop the group. However, that never happened.”

Last Thursday The Lebanese Forces condemned what it called “the arbitrary sacking” of hundreds of employees from the production and acquisition company (PAC).

“[We] call on the cabinet, particularly on the labor and justice ministries, to assume their responsibilities and [uphold] the rights [of PAC’s] employees,” the LF statement said.

Also last Thursday, a PAC delegation met with Maronite Patriarch Becahra Boutros al-Rai and told him that a decision was made to fire 397 employees without prior notice or compensations.

The delegation also said that the company had stopped paying employees’ salaries.

The Lebanese Council of the of Press Guild and Graphic Design Association condemned on Sunday in a statement PAC’s “unlawful” laying off of roughly 400 workers, calling on the ministry of labor and the concerned judicial authority to take actions in order to grant the workers and employees their rights.

LMH announced its decision to shut down its Production and Acquisition Company (PAC) television production facility and operations in Lebanon on April 12 citing significant losses as the reason.

According to LMH, which is primarily owned by the Saudi Prince Al Waleed Bin Talal who holds 85% of the company, this decision was related to the refusal of Lebanese Broadcasting Corporation International (LBCI) to pay amounts due to LMH under production sharing arrangements between the two companies.

“The failure of LBCI to pay for programming produced by PAC and the ensuing disputes with the head of LBCI and former-head of PAC and Rotana TV, Mr. Pierre El Daher, have resulted in the inability of PAC to pay the salaries of its employees and continue to sustain the ongoing costs of production and operations,” LMH said in a statement.

Some unconfirmed reports say that Prince Waleed and El Daher are currently suing each other. One Lebanese news website claimed that El Daher is suing Bin Talal for firing him from LBCI, while the Prince is suing El Daher for inflating the value of the 85 percent stake of Lebanese Media Holding bin Talal bought in 2008.

Annahar, the leading Lebanese daily newspaper forced it to lay off in 2009 54 employees including reporters, columnists and editors, some of whom had been at Annahar for decades in 2009 due to debt issues.

The English daily Daily Star was shut down temporarily in 2009 for similar reasons.

Advertising revenues and readership were the main reasons given for scaling down the above media companies.