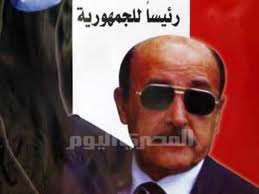 The Egyptian parliament Thursday passed a law barring top officials from deposed President Hosni Mubarak’s regime from running for president, a move certain to draw legislators into a fierce political battle with the country’s military leaders ahead of next month’s election.

The legislation was aimed to upend Omar Suleiman, onetime spy chief and vice president. His entry into the race last week drew venom from all political sides, including secular liberals and the Muslim Brotherhood, which controls nearly 50% of parliament. The parties fear a Suleimen victory would be a mockery of last year’s revolution and revive the power of Mubarak-era businesspeople and politicians.

But the law cannot take effect unless it is ratified by the ruling military council. That doesn’t seem likely. The military has reportedly backed Suleiman as the candidate to prevent the Islamists from controlling the government. Suleiman, who angered protesters last year as the public face of a crumbling regime, has warned in recent days that the Muslim Brotherhood wants to turn Egypt into an Islamic state.

The military-appointed Cabinet scoffed at the legislation, which bans former top officials — including the vice president but not Cabinet ministers — from entering politics for 10 years. Parliamentary Affairs Minister Mohamed Attiya said it was a “constitutional deviation” to pass a law “aimed at one person or a particular group of people.”

The legislation produced one of the few instances in the new parliament’s short history in which disparate political parties unified in an effort to defeat what they all perceived as a significant threat to a fledgling democracy.

“I don’t imagine that the new government aspired to by Egyptians should be built by the same people who worked for the previous regime,” said Amr Hamzawy, an independent member of parliament and a sponsor of the bill. He added that the presidency must be “symbolic of the change in the political system.”

“If Egypt falls under the rule of [Islamist] groups, it will suffer isolation and its people will suffer from the inability to communicate with others,” Suleiman said

Suleiman’s presidential bid symbolizes the fractious politics, much of it driven by religion, that has gripped the nation in recent weeks. The former intelligence director’s late emergence in the race increases the pressure on former Foreign Minister Amr Moussa, who was leading in the most recent poll, and Muslim Brotherhood nominee Khairat Shater, a former political prisoner and wealthy businessman.

“If Egypt falls under the rule of [Islamist] groups, it will suffer isolation and its people will suffer from the inability to communicate with others,” Suleiman said in comments published Thursday by El-Fagr weekly. “Those who demand that I run, like a majority of this nation’s citizens, are in a predicament … especially after the Brotherhood decided to field one of its leaders for the presidency after it pledged not to.

“That change struck horror in the souls of members of Egyptian society,” the former military officer added. “If the Brotherhood’s candidate wins the presidential election, Egypt will be turned into a religious state. All state institutions will be controlled by the Brotherhood.”

The Muslim Brotherhood and ultraconservative Islamist Salafis have called for a rally tomorrow in Tahrir Square to protest Suleiman’s candidacy.