Op-Ed: The world must unite to save Syria

by yalibnan
825
The forces of Bashar al-Assad, the president of Syria, have been killing Syrians mercilessly for 13 months while the world has fumbled for a credible strategy to remove him from office.
Share: 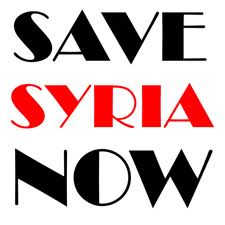 The forces of Bashar al-Assad, the president of Syria, have been killing Syrians mercilessly for 13 months while the world has fumbled for a credible strategy to remove him from office. The rhetoric has been strong: he must go; this is his last chance; his loss of legitimacy is irrevocable. Such phrases have been heard time and again over the past year.

But the Syrian dictator hangs on, his supporters now predicting, and his enemies fearing, that he could be in power for years. He is undeterred by increasing isolation and by the sanctions piling up against his cronies, even though these have frozen Syria’s oil exports and crippled its economy.

His friends in Russia (a source of diplomatic backing) and Iran (a source of funding, military advice and possibly also weaponry) remain committed to his survival. His international opponents know that Syria’s crisis is not only a humanitarian tragedy: the fall of Mr Assad would bring significant strategic gains to the US and Europe, altering the balance of power in the Middle East by removing Iran’s most Arab ally. Yet, while western governments float ideas like setting up humanitarian corridors and safe havens, they quickly roll back, unable to bring Russia on board and, in any case, lacking the political will for Libya-style military involvement.

The world’s failure in Syria is manifested in an escalating death toll that has now exceeded 9,000, with many thousands more wounded, arrested and tortured. It is a symptom of this failure that major powers have rallied round an initiative that very few diplomats believe has a chance of success. The six-point proposal put forward by Kofi Annan, the former UN secretary general now acting as envoy on Syria for the UN and the Arab League, is the only plan on the table today.

In theory, the proposal, which starts with a ceasefire leading to political dialogue, reasonably seeks to bridge the positions of western powers and that of Russia and China. In practice, however, it is likely to be exploited at every turn by Mr Assad and risks providing him with a cover for continued brutality.

The Syrian regime claims to have accepted Mr Annan’s plan. However, ahead of the ceasefire that comes into effect this week, forces have been pounding rebellious towns and villages. The plan itself has problematic aspects. It calls for a two-hour daily humanitarian pause when it should demand unfettered access for humanitarian agencies. It puts as much onus on a loose network of armed opposition men, with no central leadership or command, as it does on an organised army. This leaves ample room for the regime to claim its opponents are not abiding by the ceasefire.

If the Annan plan is to have any chance of imposing a diplomatic solution, the UN must deploy several hundred monitors who will need their own security and, above all, unfettered access across Syrian territory. Should a dialogue begin, a political transition must be clearly defined as the objective and the talks cannot be open-ended.

But is also important to bolster the Annan plan and that requires not ruling out more robust alternatives, however complicated and unattractive they may be. Western governments are now relying on Russian leverage to force Syrian compliance and Moscow says it wants the Annan blueprint to work. But to what end? The outcome it is seeking is the survival of the regime, not its demise. Mr Assad must be told that if the Annan plan fails to produce a peaceful transition, then the US and European governments, working with Turkey and willing Arab partners, will put the options of arming the opposition and creating safe havens for the rebels on the table – and that this time they will be serious about them.