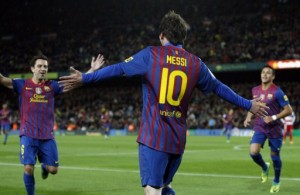 Without a hint of irony, Addounia TV superimposed a map of Syria on a screen to show how Lionel Messi and his team-mates, representing smugglers, had kicked a ball, representing a weapons shipment, into Syria from Lebanon.

The subtle signals to rebels were transmitted when Barcelona played Real Madrid in December, said the channel, which is owned by a cousin of President Bashar al-Assad. It did not trouble viewers by revealing Barcelona’s motives for the exploit.

“First we see how the guns are brought from Lebanon,” the presenter comments as one player passes the ball. “Then they cross into Homs and give the weapons to other terrorists in Abu Kamal,” he added, referring to rebel strongholds in Syria.

Messi’s final flick indicates the successful handover of the weapons to their destination in eastern Syria, he said.

Bizarre it may be, but paranoid conspiracy theories are common coin in the deeply divided and conflict-ridden state. 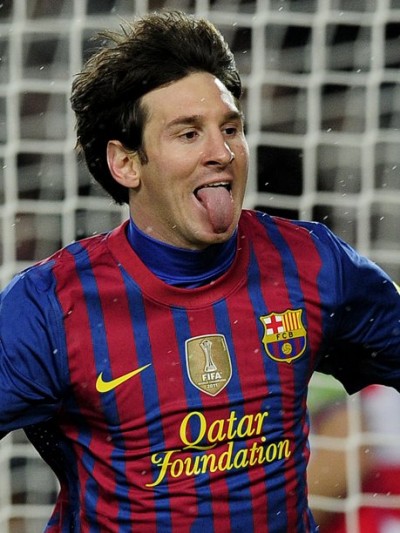 Such fantasies feed into Assad’s narrative that the year-long unrest against him is all a foreign-orchestrated plot.

“We will defeat this conspiracy,” he declared in January, pledging to crush what he has cast as terrorism and sabotage.

“Regional and international sides have tried to destabilize the country,” the former ophthalmologist said. “We will not be lenient with those who work with outsiders against the country.”

Assad, 46, has indeed earned himself some foreign enemies.

Western powers and the Arab League have told him to step aside in a peaceful transition, while Saudi Arabia and Qatar have gone further by calling for Syrian rebels to be armed.

“How can you expect them to be any less conspiratorial? The sectarian lines of hatred are growing and (Assad) thinks that everyone is a traitor,” he said. “This has plagued the country since it was created.”

The United Nations says more than 8,000 people have been killed in the uprising, which started peacefully but has turned violent with daily clashes between rebels and security forces.

Paranoia is compounded by the media environment in which Syrians can watch Al Jazeera, which often shows graphic footage of casualties inflicted by security forces, or state-sponsored television, which portrays rebels as blood-crazed terrorists.

In the old city of Damascus, Assad loyalists have laid a poster with the hated Al Jazeera emblem on it along a main walkway for shoppers to trample on.

The uprising has spawned a media war, with both sides fighting to sway public sentiment through online propaganda and conspiracy theories, consigning truth to an ever greyer area.

Britain’s Guardian newspaper said last week it had obtained a trove of emails, via anti-Assad activists, in which the president takes advice from Iran on countering the revolt and his wife Asma spends tens of thousands of dollars on internet shopping sprees while Syria descends into bloodletting.

Within hours, Assad loyalists had uploaded videos on YouTube saying that the emails were faked by revolutionaries.

“So these are supposed ‘leaks’ from the President & First Lady?” a group calling itself the Syrian Truth Network sneered in one video. “Try again later, Guardian.”

The government and its opponents traded blame when dozens of people were found dead with their hands tied behind their backs in the city of Homs on March 10. Each side lit up Twitter and Facebook with detailed theories. The facts remain unclear.

Independent journalists have repeatedly been denied access into Syria, making it hard to assess conflicting reports.

Many Syrians are befuddled by the claims and counter-claims. “We might not believe pro-government television, but we don’t trust the satellite channels either,” a Damascus resident said.