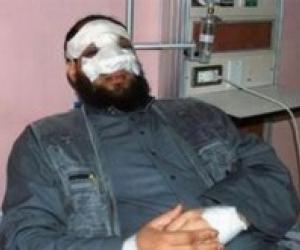 Anwar el-Balkimy told reporters a harrowing story last week from his hospital bed, of armed assailants carjacking him, beating him unconscious and stealing more than $16,000 from him. Turns out Balkimy, an ultra-conservative Salafist member of Egypt’s newly elected parliament, was just trying explain away a nose job. On Monday, the legislator resigned his post in the midst of the new Egyptian parliament’s first juicy and embarrassing political scandal. He was also kicked out of the Nour Party, which follows a puritanical form of Islam, after the group discovered he was lying, a statement on the party’s Web site said.

After Balkimy began receiving guests at the hospital he checked into after his surgery, and local news organizations published pictures of his face, doctors at the hospital where he had the plastic surgery done accused him of lying, according to state television.

Having a little work done cost him his job and hurt the Nour Party’s credibility. Salafists believe that cosmetic surgery to improve the appearance is forbidden because it’s playing with God’s natural order.

The statement on the party’s Web site said Balkimy will formally apologize to the doctors at the Selmy Aesthetic Surgery Hospital where he had the plastic surgery, to the party, to the parliament, to the public and to security officials.

“We are sorry for the incident, and we promise the Egyptian people to be cautious and to achieve justice and transparency in all our procedures and steps,” the statement said.

On Twitter and Facebook, Balkimy has become something of a national joke. One Egyptian tweeter wrote, “LOL the men of ‘virtue’ who want women to conceal their beauty again for ‘virtue’ have plastic surgeries. This is infuriating.”