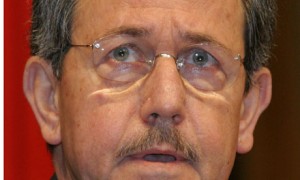 The father-in-law of Syrian President Bashar al-Assad said he was “horrified” by his son-in-law’s bloody crackdown on opposition protesters in Syria and expressed fears for the safety of his daughter, Express.co.uk reported on Sunday

The publication quoted the London-based cardiologist Dr. Fawaz Akhras urging the regime of President Assad to make democratic changes “before it’s too late.”

Dr. Akhras expressed fears for the safety of his daughter Asma al-Assad, 36, who married the Syrian president 12 years ago.

Dr. Akhras was quoted telling his friends in the British Syrian Society that he was living in an “impossible position,” torn between loyalty to his daughter and the international condemnation of savage crackdown of his son-in-law’s regime.

The doctor who founded the society in 2003 to promote bilateral ties between Syria and Britain also told his friends that he was afraid his daughter might be harmed if the regime in Damascus falls.

Asma, from the flashpoint city of Homs pounded for weeks by Assad’s loyalist forces, went to elementary school in Ealing, west London, where she was known as Emma, according to Express.co.uk

She graduated in computer science from King’s College London in 1996 and has a British passport.

Dr. Akhras, 66, and his wife have reportedly changed their residence in London after angry Syrian opposition protesters attacked their front garden.

Syrian forces have entered Homs, the hometown of Asma, after weeks of siege. Hundreds of people are reported to have been killed in the city and even more wounded in an almost month-long bombardment.