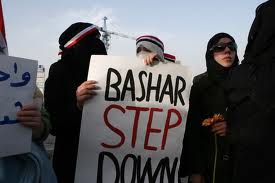 In the interview with the Atlantic Monthly, Obama said “it is our estimation that (Assad’s) days are numbered. It’s a matter not of if but when.”

“Now, can we accelerate that? We’re working with the world community to try to do that,” he said.

Obama acknowledged that Syria is bigger, more sophisticated and more complicated than Libya, and that countries like Russia are blocking UN action.

However, he pointed to US efforts through the “Friends of Syria” group to promote humanitarian relief to cities under attack from Syrian forces.

“But they can also accelerate a transition to a peaceful and stable and representative Syrian government,” he said. “If that happens, that will be a profound loss for Iran.”