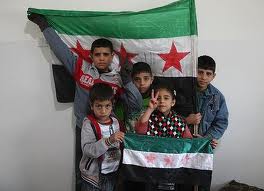 For a whole year now, there have been many conflicting reports and official statements about the numbers, status and aid provided to Syrian refugees in Jordan, mostly watering down their real situation. But their presence in Jordan is becoming a fact that can hardly be ignored; especially as increasing numbers are fleeing their country everyday due to the continuing rise in violence.

According to local sources in Mafraq on the Jordanian-Syrian borders, (quoted in A’Dustour newspaper last week) Syrian refugees are facing increasingly difficult and complex challenges related to severe shortage in daily needs, as well as health, education and housing needs in the absence of effective aid from the international community.

The sources pointed out that cases of chronic disease and disabilities and mental illness, were recorded among these refugee families.

The number of Syrian students in Jordanian schools, according to A’Dustour source, is five thousand students, stressing that Jordan can accommodate a maximum of seven thousand refugee students.

Syrians Fleeing to Jordan ….Who Are They?

Obviously, if the number of refugees reaches the maximum levels, this would require immediate intervention of UN bodies such as the International Organization for Migration (IOM) and the Office of the United Nations High Commissioner for Refugees (UNHCR).

Since March last year, young men were the ones fleeing the tyranny of Bashar al-Assad regime, crossing the border to Jordan. But today women, children, elderly and disabled -in addition to youth- are fleeing for their lives.

They don’t anymore come from Dira’a (the border town), but now from Homs and other parts of Syria.

Some of the refugees cross the borders illegally through open areas where there are homes adjacent to the border on both sides of Jordan and Syria. Most of them are dealt with by the Jordanian military intelligence, which fears that they have military links with the Syrian army or the Free Syrian Army.

Fleeing Death in a Minefield

A personalized story is that of Firas’ family. They took refuge in Jordan from their village “Naseeb” on the border with Ramtha. Firas says that he was forced to leave his village and his house knowing that his life was at risk after he cared wounded people during Dira’a siege.

Firas, his wife and child had to flee their village by crossing a minefield and being exposed to shooting by the Syrian army on the Jordanian-Syrian border, where his wife was hit by a bullet.

He says that despite such dangers, he wanted to escape because he realized he would be killed inevitably if he stayed.

“My only hope was to escape, despite the major risks that threaten us, and everyone who flee through agricultural lands between the two borders”. Firas explained that his home was raided daily, its contents destroyed, and his farming tractor burned.

Firas saw three mass graves in his village, where demonstrators who had been abducted by the Syrian army were buried.

So far, there are no official figures regarding the real number of Syrian refugees in Jordan. The United Nations Secretary-General, Ban Ki-moon said during his visit to Jordan on January 31, that their number is around 2,500.

For its part, the UNHCR announced last week that the number of Syrian refugees had reached 3,100, and predicted that this figure would rise dramatically in view of the escalating violence in Syria.

Nevertheless, barely one week after UNHCR statement, Al Ghad Newspaper has now reported that the number of Syrian refugees in Jordan until February 18 had reached 78,000.

Al Ghad quoted an official source, who declined to mention his name, saying “These refugees have officially crossed the borders since the start of revolution against Bashar al-Assad regime in March last year. The source added that an increase of 30,000 refugees entered Jordan during the last five months. Such reports stay unconfirmed by Jordanian officials. 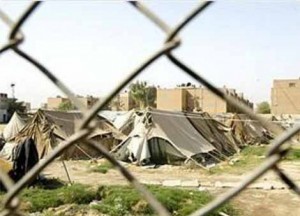 Now it’s about camps for the Syrian neighbors. Reports on Aljazeera.net indicate that three camps in northern Jordan are now being prepared to receive Syrian refugees.

In addition to a camp on the northeastern border area with Syria, which UNHCR is waiting to receive from the Jordanian government, sources confirmed that the Qur’an and Sunnah Society in cooperation with the Hashemite Charity and Saudi charitable agencies are working on preparing the other two camps.

Education Minister, Eid Dhayat, announced in January 26 that Syrian students will be allowed to attend public schools. And the Health Minister Abdul Latif Wreikat, also announced that the Ministry will provide all needed healthcare medical services for Syrian refugees in Jordan, provided they are registered with UNHCR.

Meanwhile, 40 Jordanian MPs signed a memorandum demanding the deportation of refugees from the Syrian border, according to Saray News reports on February 20th.

The MPs requested that camps for members of the Syrian opposition be established away from the Jordanian-Syrian borders.

Their memorandum also stressed the need to monitor them and enforce the rule of law, as well as prevent foreign entities from fueling the conflict through the so-called “humanitarian aid for Syrian refugees”.

MP Salma Rabadi told Saray News over the phone that the MPs memorandum calls for preventing all non-Jordanian entities from providing assistance to the Syrian refugees, noting that the Jordanians are known for their hospitality and are able to assist any refugee without the support of foreign aid, which is designed o fuel the internal situation in Syria.

Rabadi added that the Jordanian government should allocate camp away from Jordanian-Syrian borders in order to prevent any third-party from supporting those who are behind the instability in Syria.